Why can’t we Keep Up with The Kardashian’s anymore?

Jemma Davies
The famous American family, The Kardashian’s, have announced that their reality TV show is coming to an end after 14 long years. The last ever series is to be aired in early 2021.

On Saturday 8th September 2020, the Kardashian family took to Instagram to tell fans that their immensely popular reality TV show “Keeping up with the Kardashians” would be coming to an end sooner than anyone thought.

The family is currently in the process of filming series 20, which will be aired in early 2021; This will be the final ever series of the show that we are aware of…  Knowing the Kardashian love for being on our TV screen, we wouldn’t be surprised if this isn’t the last we see of them.

Why is it Over?

There have been several factors over the years which have led to the family making the decision to cancel their hit reality TV show. Filming has become more of a chore for the Kardashian family over the past few years.  This was made apparent when Kourtney declared “I don’t need to do this anymore” during an episode of the show. They feel like they have built their brand up enough now that the TV program is no longer their highest earning business.

Additionally, during the most recent series of the show (which aired during quarantine) each episode received less than half a million views. This is very surprising as the entire world was basically sat at home watching endless TV; highlights the fact that less people seem interested. In previous series’, each episode would receive around 1.3 million views average.

These are not the only reasons the show had to stopped though; According to reports, “momager” Kris Jenner did not have much choices other than to pull the plug on the show.  It has to do with the fact that Kourtney Kardashian, Kylie Jenner and Kendall Jenner no longer wanted to appear on the show. We know this because Kourtney wrote a tweet saying “We all have our own priorities. Mine is being a mother”.

Even though both Khloe Kardashian and Kourtney’s ex – Scott Disick both wanted to carry on filming. Reports say that they are both “upset” about the show ending, but there was no other choice.

In series 19 of the show, fans could feel a lot of tension between the sisters, an example is when Kim asked Kourtney “Why are you so bitchy these days?”. This is because Kim Kardashian West and Khloe Kardashian both felt a lot of pressure to supply entertaining content for viewers to watch and enjoy weekly. The reason for this is that everyone else on the show either had too much work to focus on, or they wanted to spend more time with their kids. 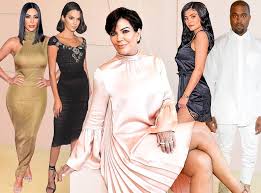 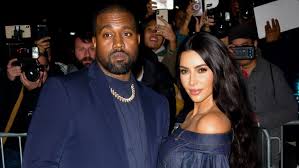 Furthermore, Kim Kardashian’s husband – Kanye West has been battling mental health issues privately for the last few years. It was not until Kanye West went on a twitter rampage, publicly attacking members of the Kardashian family, that lead to his wife Kim speaking out about Kanye’s bipolar disorder.  Kanye tweeted “Kim tried to bring a doctor to lock me up.”  Kim was “furious” that Kanye “shared something so private”, to the world via twitter.

The mother-of-four told fans on social media that Kanye had been struggling to deal with his bipolar diagnosis. She wrote: “As many of you know, Kanye has bipolar disorder. Anyone who has this or has a loved one in their life who does, knows how complicated and painful it is to understand.” This has weighed heavily on Kim’s plate, causing her to have less time to devote to the show.

The History of the Show

Keeping up with the Kardashian is America’s longest running reality TV series which follows the Kardashian-Jenner families personal and business lives.

When Kim Kardashian West announced the show was ending on her Instagram she wrote “Without Keeping Up with the Kardashians, I wouldn’t be where I am today. This show made us who we are, and I will be forever in debt to everyone who played a role in shaping our careers and changing our lives forever.”

This statement could not be any truer. Without the show which first premiered on E! In 2007, the Kardashians would not be the A-list celebrities they are now. Although Kim Kardashian was previously known for being Paris Hilton’s personal stylist and for having her sex tape leaked. The show has allowed her to branch away from that and make her own identity for herself, while also building a multi-million-dollar brand for her family.

Over the past 13 years viewers have had an extraordinary insight into the families lives, we have seen: weddings, divorces, been in the delivery room to see their babies born, watched them grow up and build the huge empire they have now.  We also watched Bruce Jenner’s transition into a woman.

Due to this, fans feel an immense connection to the family as seen by a fan commenting “I’ve watched it since the beginning and got so invested in their lives.”  When the news was first broken fans were utterly shocked. When reading the comments on Kim’s Instagram post, there was an abundance of upset and confused people. One person wrote “Could 2020 get any worse”, many others shared their favorite moments on the show.

What’s Next for the Kardashian’s

Going forward they will all have a lot of spare time for new business ventures and possibly more babies! There are countless options available to them and although it may be a nerve-racking time, it is also extremely exciting.

It would seem that every single member of the family has something to devote their time to besides the show. Kendall Jenner is the highest paid model in America and is busy traveling the world modeling for many amazing brands, Kylie Jenner is the youngest billionaire due to her thriving cosmetic and skincare company called Kylie Cosmetics and Kylie Skin, Kourtney Kardashian has just launched POOSH which is a lifestyle website, Kim Kardashian has many successful businesses, some of which include SKIMS and KKW Beauty and lastly Khloe Kardashian has a well-established denim brand called Good American.

We know this will not be the last we see of the Kardashian clan on our screens. There have already been lots of discussions about a family talk show or a documentary showing Kim’s political journey where she gets justice for wrongly convicted American citizens.  This is one of Kim’s new passion’s and she is determined to get her law degree. Whatever their next adventure holds, we know their extortionately large fan base will support them.