In 2018 there was a total of 263 suicides from 10-19-year olds in the UK. There were also 13,406 counselling sessions for those struggling with self-harm provided by Childline. These statistics clearly show how much our young people suffer and how we need to do more to help. The emotional well-being of someone is just as important as one’s physical health. Despite this, Schools and workplaces continue to only push the importance of physical health, which needs to change. Various surveys show that more young people struggle with their mental health now compared to 30 years ago.

The main cause of most mental illnesses appears to be the influence social media has. For example, it sways young people to believe that they are not good enough. By making them feel inadequate about their appearance or their lifestyle. The reason many of us religiously use social media is because it makes us feel connected to others. Though we forget that social media is not a substitute for a true-human interaction. When we meet in person it activates our happy, positive, stress free hormones which are harder to achieve through social media.  Though some may argue and say that we can attain those through our phones and tablets. But the overall point is that we need these hormones to be working, for us to function and for us to have a good mental health.

Relating back to mental health in schools, studies show that 3 students in every class have a diagnosed mental illness. This is due to the amount of pressure on students, whether that be exam stress, making friends or strict parenting. Schools usually have a workshop a few times a year on mental health. Though It gets people talking, it only lasts for that day and soon enough no one is talking about it. This is something that clearly needs to change. Schools need to be doing more to educate students on mental health. Otherwise the numbers are bound to rise.

Adolescence is a crucial time in life as it’s the time where you learn and develop who you are. As well as acquiring coping methods and figuring out strengths and weaknesses. Nevertheless Anxiety/depression amongst adolescents has increased from 5.4% in 2003 to 8% in 2007 to 8.4% in 2011–2012. Yet what is scarier is that these numbers are only going to increase. For some it is easy to open up and talk about their mental health. Though there is a higher number of people who suffer in silence. A lot of the time we only care about someone’s mental health when we can see that they are struggling. But  sometimes we can say or do something without realising how it could be affecting someone in a negative way.

There are many factors that regulate mental health disorders whether that be – discrimination/neglect, pressure, gender norms etc. Other important factors include life at home and relationships with peers in addition to bullying. Children and adolescents are also very vulnerable to sexual violence/exploitation, which is an extreme factor in association with mental health.

Substance use and sexual risk taking are often used as strategies to cope with mental health problems, but often end up creating more damage. Globally, drinking amongst adolescents aged 15­–19 years was 13.6% in 2016, with males being most at risk, as well as the increased use of tobacco and cannabis. In 2016, it was estimated that 5.6% of 15–16-year-olds had used cannabis at least once in the past year. Many adult smokers are said to have had their first cigarette before reaching 18. Violent behaviour is also a recognised coping method, with studies showing that in 2016, violence was the 2nd leading cause of death in adolescent boys. 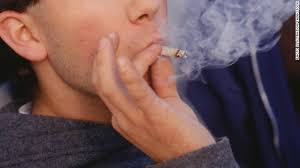 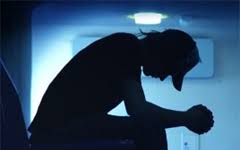 Many of us know about anxiety and depression as the most common mental illnesses. However, there are also recognised conditions such as bipolar disorder, body dysmorphia, borderline personality disorder, eating disorders, OCD, PTSD…  the list goes on. But what we really need to understand are related symptoms and available treatment. Some of the most common symptoms include, Feeling sad or lonely, excessive worrying and fear, inability to cope daily, alcohol/drug use.. If you do begin to notice any symptoms in yourself or someone else it is important you seek help. Whether that be; Childline, Young minds, CAHMS, or Mind.  Alternatively, you have the option to speak to a friend or family member.

Saturday the 10th of October is world mental health day, and this year’s theme is green. So, everyone is encouraged to wear something green to help raise awareness for the cause. This year in particular, mental health awareness appears to be more crucial than ever, so it is important that we continue to learn and retain information to help and support those around us.

For any further information click on the links below: 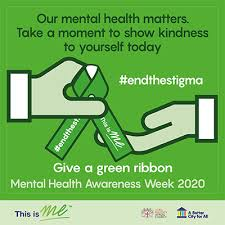