NBA Youngboy, aka Kentrell DeSean Gaulden, has impacted the hip hop industry in a big way following his 5th album release this year – with 4 of the 5 charting at #1 in the USA, after the first week of release. The rapper has also been making headlines, following the announcement of his 7th child at age of just 21 with Floyd Mayweather’s daughter, Iyanna. Kentrell has also released his collaborative project with Rich The Kid, Nobody Safe, only a week after his 4th mixtape of the year, Until I Return. 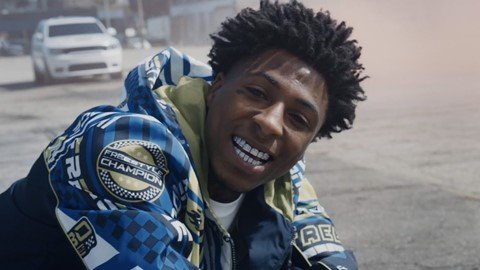 Kentrell DeSean Gaulden was born on the 20th of October 1999, in Baton Rouge, Louisiana. He mainly grew up with his grandmother, due to the fact of his father being sentenced to 55 years in prison, in which he explained “It was hard but fun.” Unfortunately for him, Gaulden broke his neck as a toddler, with the injury meaning he had to wear a head brace until his spine had healed – leaving scars that he still carries today on his forehead. Youngboy eventually ended up dropping out of school in 9th grade to attempt to pursue a music career, however shortly after departing from school, he was arrested for robbery. This would kick off his music career, as during his six-month sentence in a juvenile detention centre, Kentrell wrote a song which ended up being on his first mixtape “Life Before Fame”, which was released in 2015.

From the bottom to the top

Youngboy’s career managed to take an uplifting turn from here, as in October 2016 he released one of his most promising mixtapes, 38 Baby, which featured artists such as Kevin gates and Lil Snupe. However, this would all go downhill for Kentrell as only 2 months later, in December 2016, he was arrested in Austin, Texas on suspicion of attempted first degree murder, after he was connected to an alleged drive-by shooting. He went to prison and was eventually released in May 2017 after undergoing a ‘plea deal’ and posting bail. Just a week after his prison release, he launched his first major single Untouchable, allowing him to get plenty of of recognition from fans all over the world. This tune peaked at number 95 on the Billboard Hot 100 Charts. After this song released, all Kentrell did was continue to blow up as 3 months after launching Untouchable, he dropped his mixtape AI Youngboy, which charted at number 24 in the top 200 album charts. One of his most popular songs, No Smoke, featured in that mixtape and it managed to peak at number 61 on the Hot 100 charts, making it one of his most streamed songs at that time.

In late 2017, Kentrell was signed to the label Atlantic Records, one of the most important independent labels in the USA, before releasing the single Outside Today in January of 2018. This hit made out to be one of his highest charting songs at the time of release, peaking at number 31 on the charts. The next month, Youngboy was arrested, however he promised a new mixtape upon release. This promise was honoured, with the rapper releasing his first official studio album Until Death Call My Name, with features from Birdman and Future, along with Lil Uzi Vet and Offset on the reloaded version. He also released another mixtape after this, Master The Day Of Judgement on 19 May 2018, which followed up with a series of four EP’s, each containing four tracks. The first of the quad saga, 4Respect was released on August 24, followed up with 4Freedom, 4Loyalty and 4WhatImportant, with release dates August 30, September 6 and September 14th. These four EP’s were combined to make a mixtape, and he also released another two mixtapes, Decided and Realer before the end of 2018, with features ranging from Lil Baby to Trippie Redd.

Youngboy was less active in 2019, with the star only releasing 2 projects, including a debut number one album, AI Youngboy 2, earning 110,000 units first week of release, and has now been awarded certified platinum. He also released a single in October of 2018, with rapper Juice WRLD, named Bandit, which managed to peak at number 10 on Billboard Hot 100, becoming Kentrell’s highest charting single at the time, and Juice WRLD’s second highest charting. The song was the last Juice WRLD put out before he tragically passed away from a seizure in late 2019, only a few days after his 21st birthday. However, in 2020, Gaulden has been much more on the scene, with 5 albums released so far, with 3 of them reaching number one in the charts. His most recent song, How I Been, was released on December 7th on YouTube only, with the song reaching close to 2 million views in 24 hours.  It has also been announced that the rapper’s music gains around 8,000,000 views on YouTube every day, due to this being his main streaming platform. He also performed at a show in Orlando on December 5, with him being ‘very close’ to the crowd as he sung several of his hits. He is receiving backlash for the decision to perform in front of such a large crowd during a worldwide pandemic, with hundreds crammed inside such a small area. Very few people were wearing a mask or implementing social distancing rules, despite the recent rise in cases in the USA. 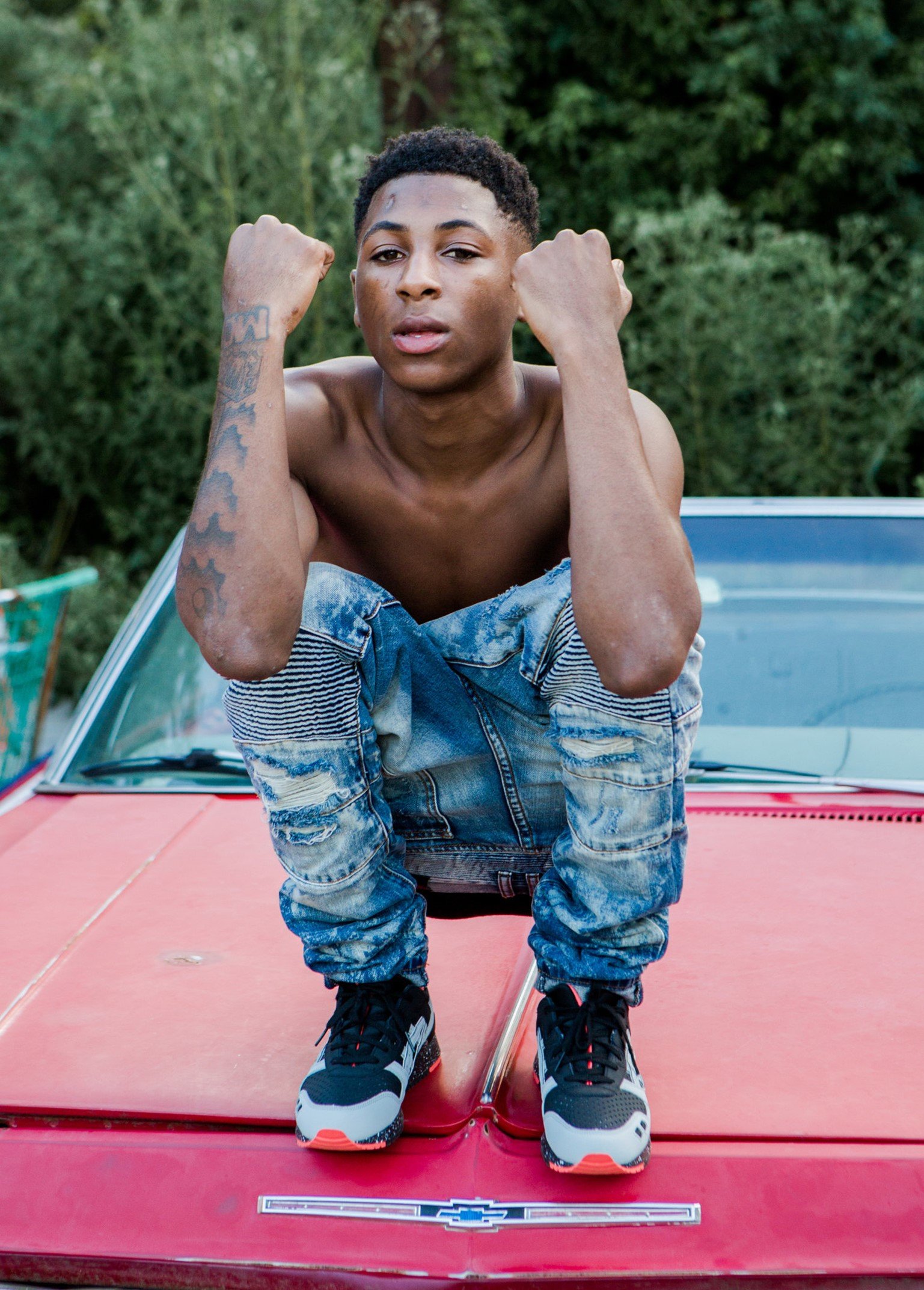 Throughout his upbringing and career, Gaulden has gotten caught up in lots of illegal and gang related activities, and it was revealed that he could possibly be part of the notorious Bloods through the gang he allegedly leads in LA, named ‘4KTrey’. In the past, he has been involved in multiple arrests, the most recent one being for drug and firearm charges in Louisiana, while he was creating a music video with 15 others. Also in the news, it was reported that popular Chicago rapper King Von was shot dead outside an Atlanta nightclub by one of Quando Rondo’s crew, a friend of Kentrell. Despite this, Asian Doll denied that there was any sort of ‘beef’ occurring between King Von and Youngboy, prior to the rapper’s death. “I got a song with Youngboy. Von got a song with Youngboy. Who the opp?” she explained on Instagram live. The stars’ third arrest involved a shooting in Miami while out on probation, killing an innocent man which obviously violated his trial. He was incarcerated for three months and ordered to undergo trial for another 14 months. Nonetheless, his case for two counts of attempted murder was terminated and is on a ‘plea deal’ for the case against his ex-girlfriend. His most recent arrest was on September 28th 2020, where he was among 16 people taken into custody in Baton Rouge for possession and dealing of drugs and possession of stolen firearms. When this news hit social media, he suddenly disappeared, deleting his Instagram and Twitter.

The first time Youngboy was arrested was in November of 2016, where he was charged with two counts of attempted murder. It came after he was accused of jumping out of a vehicle and taking fire on a group of people on a street in his hometown Louisiana. He explained, “I don’t think they really target, but if you got a name, they know who you is, you do something, they gonna come get you, and whoever you’re with and whatever they do, you’re accountable for it just because you got the biggest name. That’s how that sh*t go”. 2 years later, in 2018, Youngboy was arrested before a concert in Tallahassee, and it was later announced that he had a warrant in Georgia for kidnapping, firearms violation and assault. Following this trial, he was released from prison on a $75,000 bail 2 months after initial capturing.

It was also tragically announced that NBA Youngboy’s brother, Ken Gaulden, was shot in the leg on November 20th, however he is now currently in a stable condition. He was one of two that were striked in Baton Rouge, however the other man that was targeted was found dead upon arrival. Fans are reacting to the news and are establishing a connection between Ken getting targeted because of his disrespectful comments he made about King Von following his death. “The jokes on you. You diss now you get repped on,” he said on a video uploaded to Instagram, captioning the post with laughing faces. There are also reports that the shooter is dead, and bullets were fired during a home invasion, stabbing the mother of Kentrell’s son in the same month.

Youngboy has had his fair number of children in the past and adding to this it was recently announced that he will be having his 7th child with Floyd Mayweather’s daughter, Iyanna. The boxing legend confirmed that her daughter was pregnant with Kentrell’s baby, with the pair recently announcing that they are having a boy. The boxing legend and Gaulden have had their fair share of controversy in the past, as in April of 2020, he called out the former boxing champion on Instagram live calling him a “b*tch a** daddy”. But in November 2020, it seemed as if both stars had sorted their differences, after Mayweather was asked about his thoughts on the rapper dating his daughter, and he explained “I just want the best for my daughter. If that makes her happy then we’re happy. Me and her mother is happy.”

Even though Youngboy is one of the most successful and influential rappers in the world, he explained in a video on Instagram that he is in a ‘dark place’ right now. He mentioned that he will continue to keep pushing forward and says, “I’m still hurting but I’m still always praying though.” Fans were quick to support him on Instagram with comments such as “He’s fighting his depression,” and “He’s hurting and it’hurting me.” The rapper has never been afraid to express his feelings in his music, as he is widely associated with making desolate music, with hits such as Deceived Emotions and Lonely Child highlighting this. In the past, he has tweeted statements such as ‘Suicide?’ and ‘Just need to hurry up and die so this sh*t can be over’, implementing his dark state of mind and scaring fans in the process.

The Sad Truth about Youngboy Never Broke Again, is that he has dealt with a consistent amount of pain, violence, criminal activity, family situations, and he is still only in his early 20’s, with 6 children and another one on the way. He has been on a consistent rise through the ranks of the rap industry, and over the years his success has only grown, with few signs of slowing down. Even though most of his supporters may not completely relate to the emotional aspect of his songs, he still has the ability to make a connection with his fans, which a lot of other big artists struggle to do. So, this poses the question – What is in store for NBA Youngboy in the future?