The Power of Music Videos.

An introduction to music videos.

Music videos are the visual representation of a song. For me personally, they have the power to change my opinion and views on a body of work. It gives the artist a chance to express their creativity and give deeper meanings to their music; it’s like when a book becomes a show.

Musicians’ videos are sometimes what they are known for; take Billie Eilish for example, the 20-year-old directs and edits her own bold videos. She knows how to engage a viewer with her visuals. Does anyone else remember when she put a tarantula in her mouth? In 2018 the music video for her single ‘You Should See Me in a Crown’ was released; gaining over 249 million views on YouTube shows that the audience love seeing people do the unordinary.

A huge role of music videos is to promote artists. If a memorable visual is created, it will encourage viewers to re-watch the video, increasing streams and sales. Releasing music videos allow artists to stand out and be their own force, establishing a group of people known as ‘fans’ to gravitate towards all their work, just from one video. 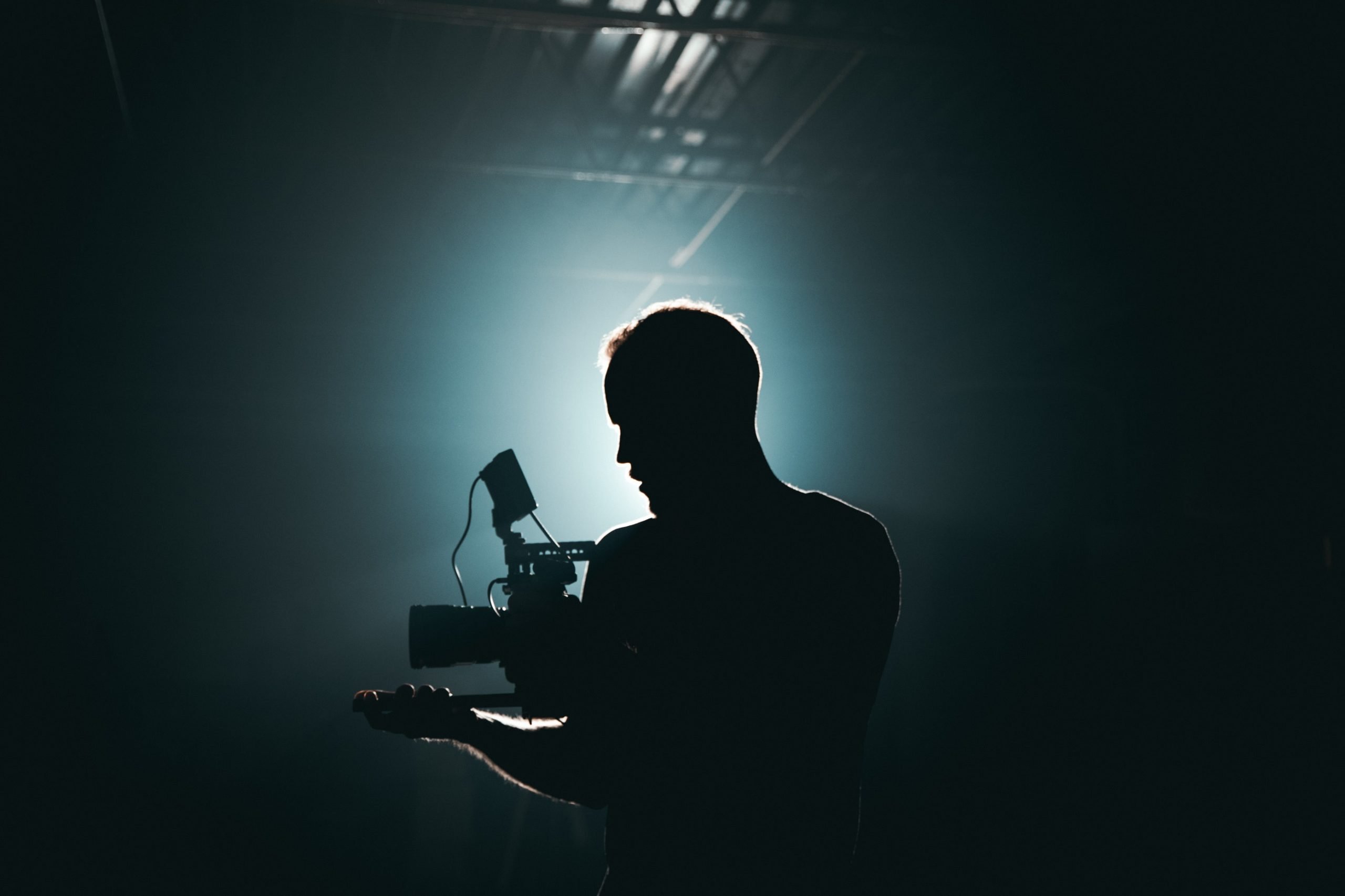 From a marketing perspective, visuals created in the videos can be used for many other promotional things- merchandise, billboard graphics, tour visuals, and more. In this day and age, if a music video has choreography, it has the potential to go viral on TikTok being copied and reinvented by fans. Doja Cat’s ‘Say So’ was released as a single on January 17th, 2020, and swiftly gained popularity on TikTok from a viral dance that user Haley Sharpe (@yodelinghaley) posted. The song later became the fifth most-used-song on the app throughout the year. 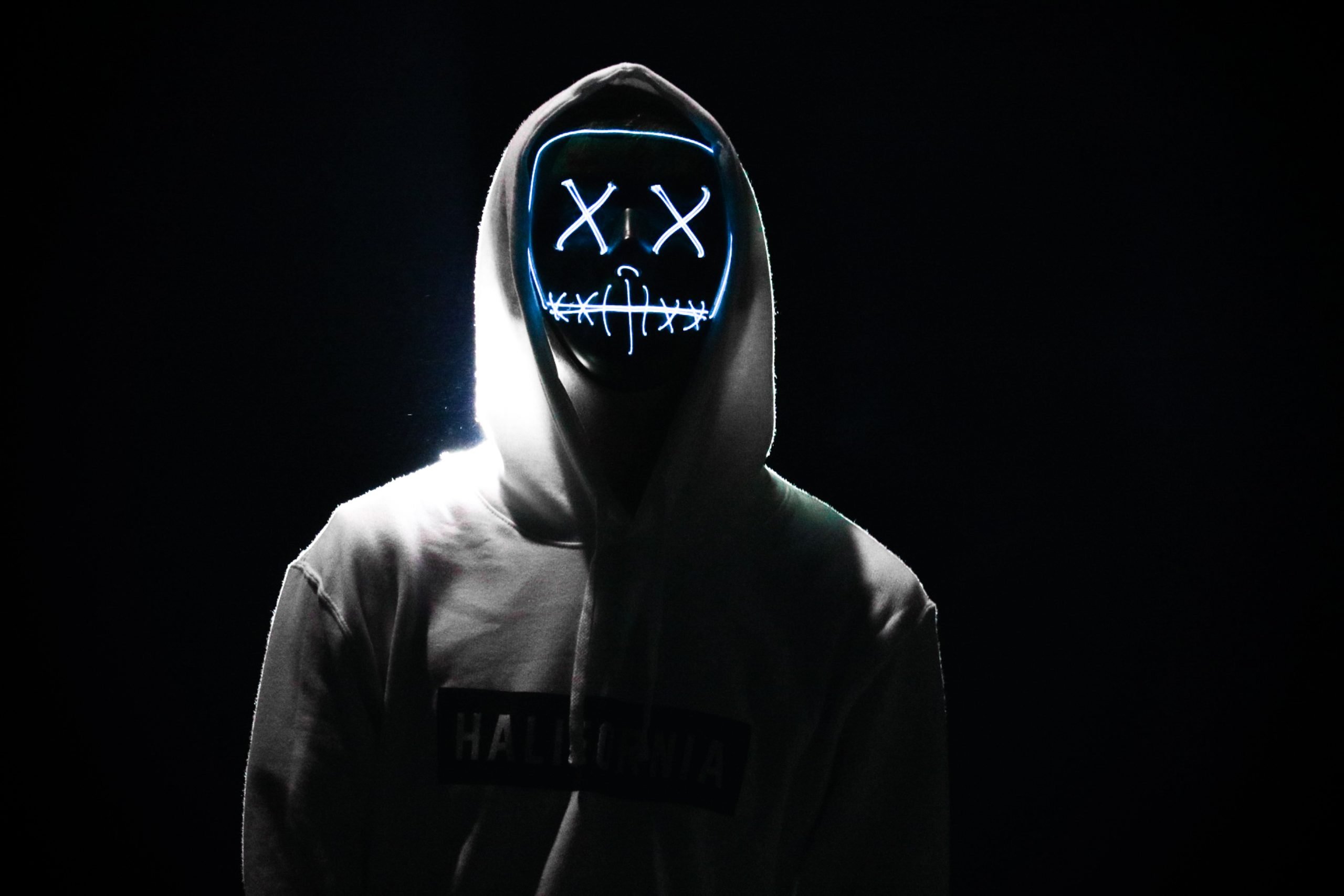 The Five Types of Music Videos.

There are five types of music videos: Performance, Narrative, Concept, Lyric, and Animated. Your favourite artist has videos in these forms that you didn’t know about! Performance videos include the artist or band lip-syncing to the song. It can be in any setting, have choreography, and is usually mixed with the idea of a concept music video.

Performance: An example of a performance music video is Madison Beer’s ‘Selfish’; she is seen performing the song and making direct eye-contact with the audience to create a personal connection with her fans. Beer isn’t playing a character in this visual and she uses her emotions relating to the lyrics to create an emotional and vulnerable atmosphere.

Concept: Concept videos have a theme; there are no limits. Usually, they create a visual representation of the song and have the musician star in it, wearing outfits that fit the theme and lip-syncing the lyrics. An example of this type of video is ‘Holiday’ by Little Mix. The different scenes throughout this video create a tropical and futuristic world.

The band are captured singing the song in the different settings wearing clothes that you would wear on ‘Holiday’! Moreover, animation is incorporated through the use of green screens and motion graphics.

The girls film their parts of the video in front of a green screen, and during the editing process the background and setting are altered to match the theme of the song. 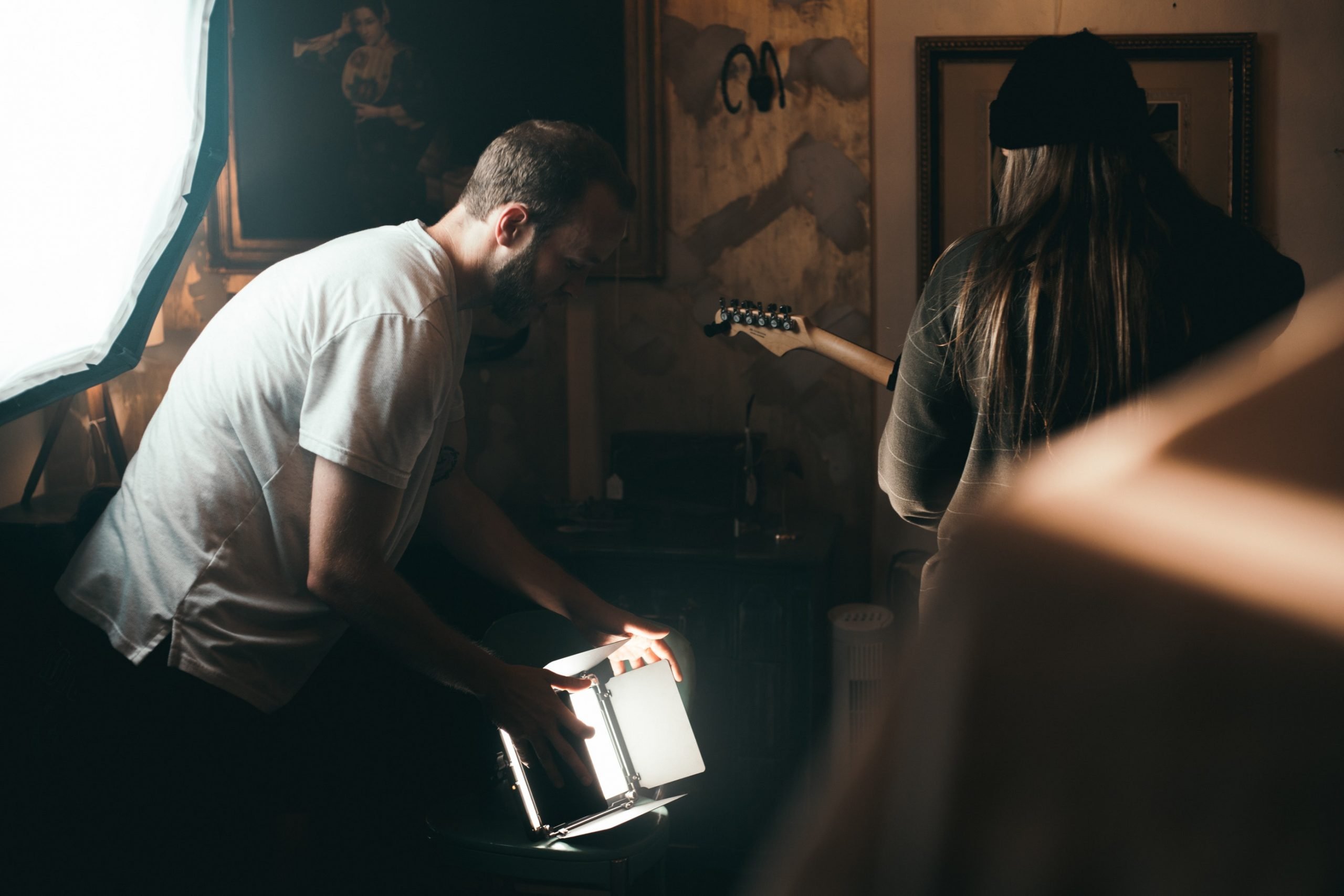 Narrative: The other main type of music video is ‘Narrative’. These videos are usually short films representing what the song is about, however sometimes it has no clear link to the song! The character(s) can be played by professional actors or sometimes the musical artist or artists. Harry Styles’ ‘Adore You’ was released as a seven-minute and a three-minute music video. The seven-minute version tells a full story where the song isn’t played throughout the full video unlike the three-minute video. Styles stars in this video that is set on a fictional island called ‘Eroda.’ He plays a happy character on an island where everyone else is miserable. Due to this, he begins to walk into the ocean, however, he ends up meeting a fish. The fish whom he becomes friends with and cares for is a representation of ‘the spark and thrill you experience when you meet someone new.’ In videos like this the director and artist include actions that represent a deeper meaning; in ‘Adore You,’ Harry Styles screams into a glass jar so he’s able to release his anger. At the end of the video, he sets off on a boat to explore the world and uses the insides of the jar to make the boat start moving. This action represents the meaning of using your past trauma and battles to gain strength and move forward in life.

Lyric & Animated: Finally, lyric and animated music videos are the creative visual portrayal of a song. The artist in this case is less involved, however their creative team and director make the music come to life. Pretty much every single song has an ‘Official Lyric Video’, however independent creators use their imagination to make their own versions that show their interpretation of the song.

The most common style of music video is ‘Performance’. It is the oldest type of video, and most videos consist of a form of performance. In my opinion, I believe it is the most popular because of how versatile it is. Furthermore, it allows the audience to view the artist in their element and in a professional performer state. According to a Rolling Stone article on the ‘100 Greatest Music Videos’, Beyonce’s ‘Formation’ is number one! This video mixes performance with concept style to create a powerful video released during Black History Month in 2016. She quotes “I wanted to show — this is black people, we triumph, we suffer, we’re drowning, we’re being beaten, we’re dancing, we’re eating, and we’re still here.”

The first-time music mixed with visuals was in 1894; a sheet music publisher hired electrician George Thomas to synchronise a live performance with a magic lantern that would show projected images. This moment certainly changed the industry, and the world. It made the silent cinema industry fall and gave the public a new way of listening to and viewing music.

Before they only had the option of listening with no visual, seeing a photo of the musician, or being lucky enough to see the artist sing live. In 1958, the gadgets that we know called Jukeboxes started popping up in bars and night-clubs in Europe and the US. They played 16mm film with audio and this was the beginning of the small video era. 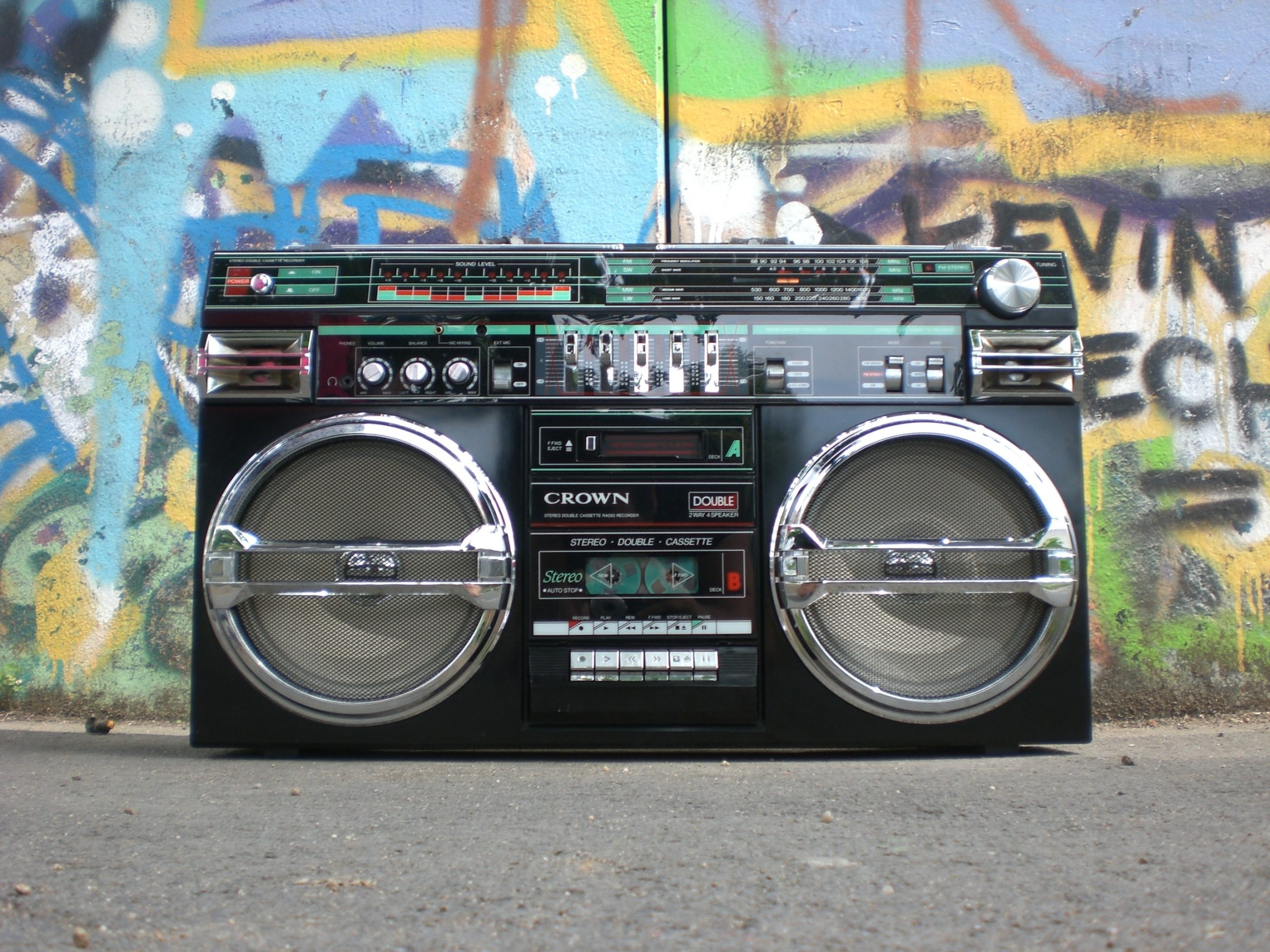 In the 1980’s music videos became one of the biggest platforms for artists to gain popularity, therefore, in 1981 MTV created a channel purely to show videos. Fun fact, the first music video to air on MTV’s channel was ‘Video Killed the Radio Star’ by The Buggles. This generated the era of high budget music videos; they cost more than feature films! An iconic moment in music history was when Michael Jackson’s ‘Thriller’ premiered worldwide on MTV’s channel.

In 2005, music videos began being watched the way that we all do now. As MTV began to air less and less music videos by replacing them with reality shows, YouTube took over, allowing artists and directors to explore new concepts and reach audiences across the globe. The standard of visuals started to drop as fans made effortless videos go viral, showing artists in their natural form. It’s almost like the industry did a full 180, from a budget of millions to so little. This way, fans were able to replicate their favourite videos, and more people found it accessible; this was when music videos became a priority. Take a look at Florence and The Machine’s video for their single ‘Kiss With A Fist;’ it may be powerful and iconic however all it features is Florence dancing in front of a white background with a flower arrangement. This just shows that the right visuals can speak more words than a song ever could.

As music videos grew so popular, gaining hundreds of millions of views, even sometimes billions, brands started to reach out wanting to feature in big artist’s videos for advertisement purposes. Celebrities hold so much power that whatever they are seen doing and wearing, fans will try to replicate it, even if they aren’t aware of it. Sometimes, viewers aren’t aware that what they are watching, is a brand deal! In Drake’s video for ‘Headlines’, the first few scenes feature him wearing Nike clothing, making the Nike logo a focal point of the video.

The Artistry In Music Videos.

Now let’s have a look at the amazing artistry of music videos. One of my personal favourites is ‘No Tears Left to Cry’ by Ariana Grande. This was her comeback single after her 4-month break at the start of 2018, following the year of her ‘Dangerous Woman Tour’. Firstly, the theme of this era of hers was totally unexpected. She turned the idea of heartbreak and healing upside-down. Ironic right? When she came back from a traumatic year with her happiest, lightest, and most positive era yet.

For her single ‘No Tears Left to Cry’ she worked with director Dave Myers to create a concept and performance video, who collaborates with Grande frequently. By expressing the lyrics through visuals, the duo also pay tribute to her past through small symbolism. At the end of the video, Grande sits down and sings to the sky, and a bee flies past the camera. A bee is a long-time symbol for Manchester; this is her paying tribute to incident that happened at her concert in May 2017.

Another video that I hold so much love and respect for is ‘Your Power’ by Billie Eilish. The song focuses on the abuse of power in relationships. In the video, Eilish is seen being slowly constricted by a snake. The metaphor and symbolism through the visuals express the seriousness of the topic in a scary way that opens viewer’s eyes. Billie is an artist who powerfully directs, and sometimes edits, her own music videos. I think therefore her videos express her music so well as the ideas come straight from the artist’s mind. ‘Your Power’ is a mix of concept and performance style; the concept matches the colour theme of her overall album. This set the theme as the first single from her album ‘Happier Than Ever’.

I think this blog has explained and showed the true importance of music videos for not just the industry, but for the artist’s expression and for fans as well. Music videos have the power to promote, entertain, tell a story, and give visual life to songs. The beauty of directors, artistic expression, and what they can do for a musician’s career is out of this world. They’re my favourite part of music. What is yours?