The Disaster of Chernobyl: Disaster, Response and Fallout.

An Introduction to Chernobyl.

What happened on the 26th April 1986 caused many lives to be lost. On this date, a monumental catastrophe happened in Ukraine where the Chernobyl Nuclear power plant went through a disastrous meltdown. The power plant was a product of a flawed Soviet reactor design but numerous mistakes in the space of 36 hours that made it one of the most important events in history.

Technicians on Reactor 4 at the Soviet power plant, located in Ukraine, decided to run a procedure to learn whether the reactor turbines could power the cooling pumps just in case an electrical failure would happen. To do this they ran the reactor on low power and disabled the emergency safety systems, including the automatic shutdown – Why? I really don’t know. If you are going ahead with such an important procedure that includes the cooling pumps, and you disable things that could prevent overheating, disaster seems inevitable.

As the reactor was already unstable, running it on low power with no emergency systems added to it. So, within seconds, this caused the reactor to overheat and because they disabled the safety systems it could not be stopped. Time went by, regulations were ignored, and by 1.23am a chain reaction in the core caused a power surge and meltdown. All these mistakes added up and made the reactor explode, which sent flames and radioactive material 300 metres into the sky – Crazy.

There was a total of two explosions (which were about two-three seconds after each other) that managed to blow the 1,000-ton roof off one of the reactors. This released radiation into the air which spread over 28,000 square metres. However, it managed to reach Cumbria, Scotland and Northern Ireland as well as North Wales (which was the hardest hit out of the bunch).

This spew of radiation lasted about 10 days whereas now, almost 40 years later, Chernobyl is still radioactive today and the public are banned unless they have scheduled tours. To put the mass of radiation into perspective that I understand, the power plant released 400 times more radiation than the atomic bomb that was dropped on Hiroshima.

How did the city of Pripyat respond?

Given that Pripyat was a major town in the Soviet Union they wanted to keep the city and its reputation as intact as possible. During this time the USSR had ramifications of the Cold War and tension with the West, so they really wanted the disaster that was Chernobyl under wraps. Which obviously didn’t work. 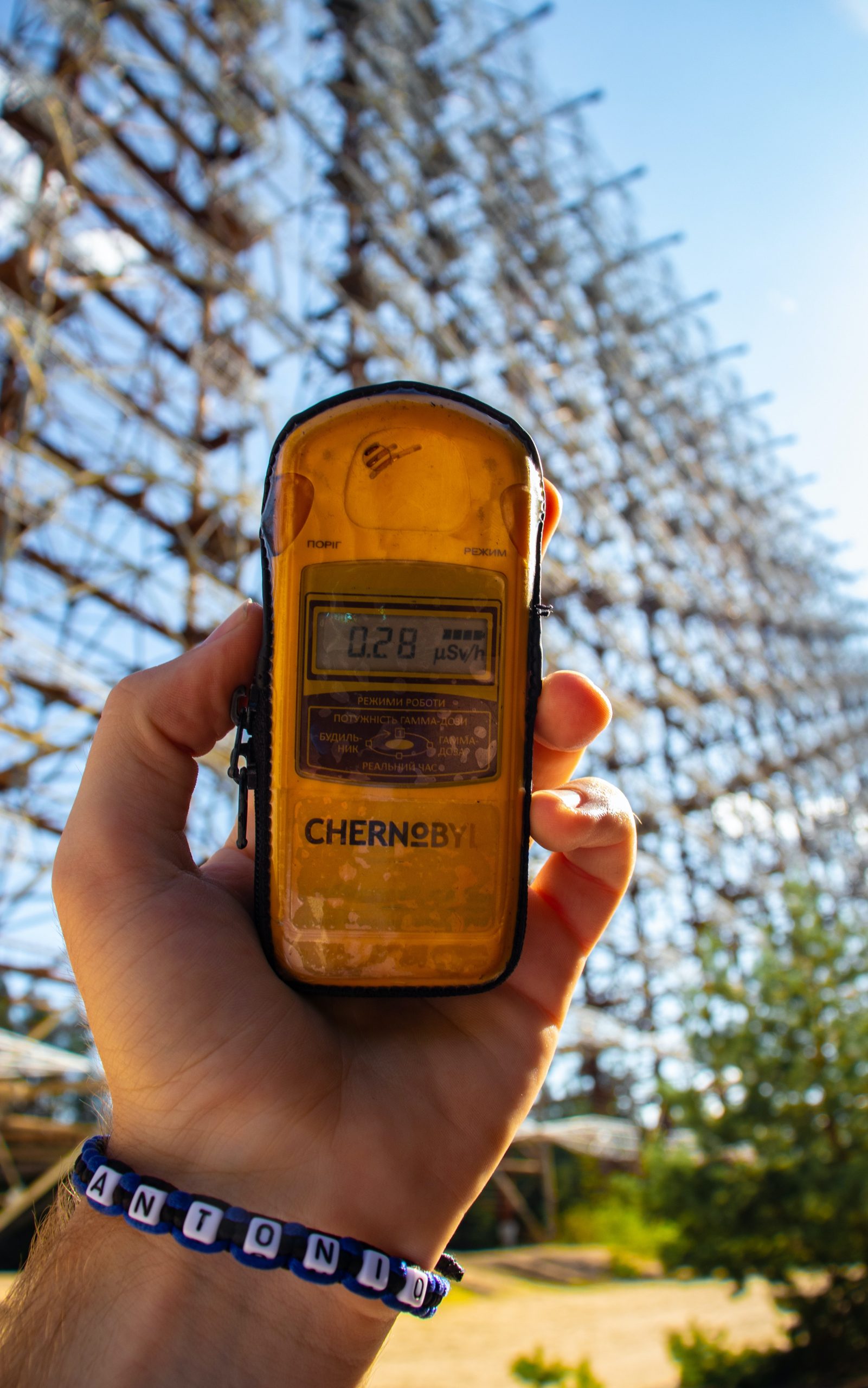 The small city/town was founded in February of 1970 as a nuclear city. It housed the workers and builders of the nuclear power plant. Eventually it had well over 49,000 people living in it and was a city that everyone valued greatly. The city was popular because it had money and two landmarks that tourists loved, one being the infamous Ferris wheel located at the amusement park. It was also the perfect place to raise a family as there was money, good schools and was basically seen as the ideal place to live prior the accident. However, this did come at a cost.

When the power plant exploded, they didn’t realise the extent of what actually happened. As the USSR wanted to protect themselves and Pripyat’s reputation, they immediately closed the boarders and enforced a media blackout. It took days for the Soviet leadership to inform the international community about what happened, and the Soviet government made no official statement about how it may affect things globally. They were in denial about the whole thing because they couldn’t believe something of this scale could happen, especially to them. All the Soviet Union wanted to do was protect the paradise that they had created and loved so much.

It took them over 36 hours to even evacuate 50,000 people from the town but, by this time people were already ‘infected’ with the radiation what was splurging out of the plant, that it was too late for most of them. The sad history of a once looked at paradise is that it has never been inhabited since the explosions and, to this day, is sat frozen in time and will be for the next 20,000 years. It could have been handled so much better. Sources say that if the Union just admitted to what happened, the site of Chernobyl and the cities surrounding it might have survived, I agree. It also could have been prevented by just training the staff better. As the leader on that one-night shift wasn’t fully trained, many people say that if training was better, it may not have even happened. A large number of mistakes, hugely problematic mistakes, led up to the disaster. They did things like disabling the automatic shutdown and stopping any emergency services that are there if something goes wrong. I don’t think I need to empathise why this is highly illogical.

So, Who Cleaned Up The Mess?

The cleaning up job after Chernobyl is one that is respected by many, but not for the right reasons. It came down to a total of 600,000 people to manage the site. These men and women had titles of firefighters, military and even blue-collar professionals like janitors or even miners. These brave people were called ‘Liquidators’. In the immediate aftermath, firefighter teams were sent in to extinguish the flames to prevent other reactors from meeting the same consequences. All the fires were put out by 6:35am except for the one inside the reactor which burned for a total of 10 days as a result. The liquidators were sent into the site by the Soviet Union almost straight after the explosion without the knowledge of what was going to happen to them as they were unaware of how dangerous the smoke and debris were. Many people have said that they could have cleaned up at a safe distance with machinery, but that was proven to be ineffective and given the acceleration of the disaster it was too late to ‘save’ people from being in contact with the radiation splurge.

For this reason, everything had to be done by hand. The liquidators manually handled everything and anything, ranging from hosing down streets in an attempt to remove radiation to clearing up debris from deep inside the site and burying it. This made them expose themselves to 120 millisieverts of radiation, approximately. To put that into perspective that’s about 1,200 times the amount of radiation a normal x-ray uses today. Sadly, because the first ‘wave’ of Liquidators received a lethal dose of radiation and by the time of their funerals their bodies were emitting so much radiation that their bodies dried up, which made them give the impression of mummies. These heroes in history were buried in zinc coffins and had their graves filled with concrete. Even that wasn’t enough to contain the radiation and even now the Mitinskoe cemetery is still radioactive.

After people realised what was actually going on is fatal and wasn’t a simple clean up job they formed a plan to have 5 minute intervals where groups of people at a time would go in, clean, and then come back out again. Although this was a good theory at the time, they didn’t realise that the radiation would just add up over time no matter how long you spent in close contact, especially with the time they spared in-between. 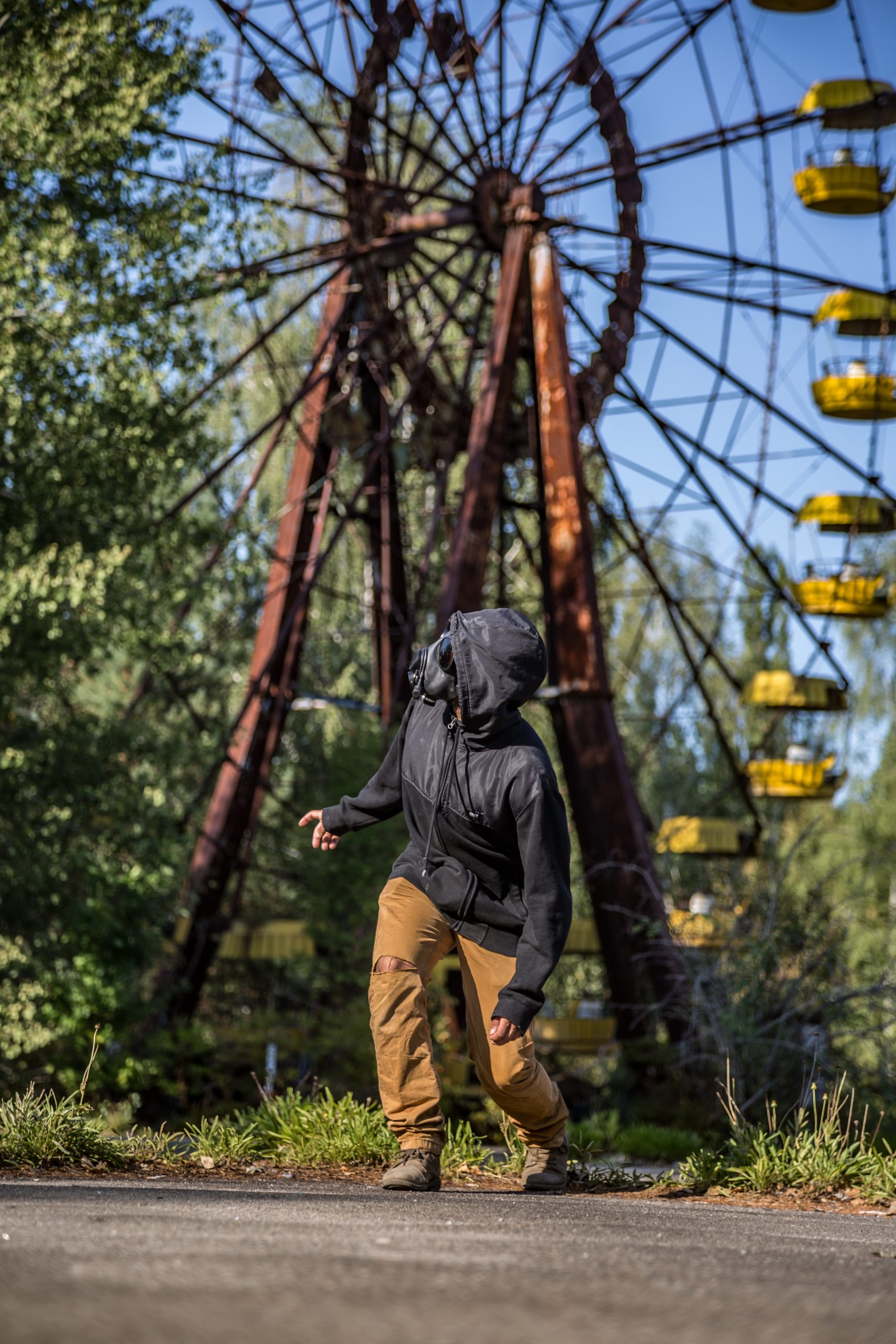 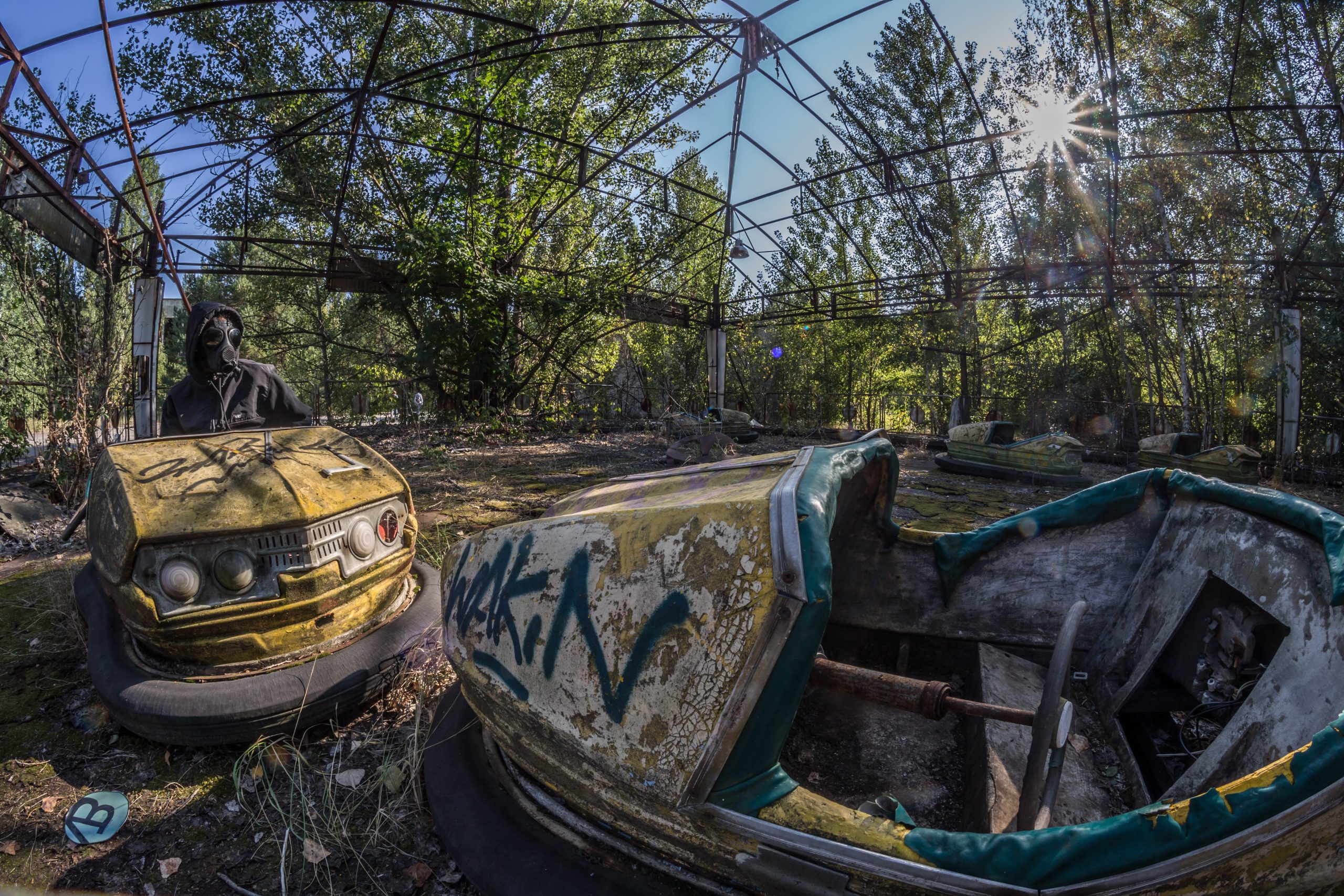 Like I said before, it is respected by many, but not for the right reasons. The Soviet leaders who told these liquidators to go onto site didn’t tell them what they were dealing with or what it might do to them. For the liquidators, it was just another day at work but slightly different. The Soviet leaders have been said that they ‘sacrificed’ those peoples lives, which I totally agree with.

As a result, there was 2 immediate deaths due to the explosion and more followed. With radiation causing longer term diseases there was not many deaths in the 36 hours that Pripyat was ‘active’. However, minus the two that died from the explosions, another 30 people died from immediate blast trauma and acute radiation syndrome (ARS), among these were 28 firefighters. As a result of the disaster and the number of stupid things the Soviet Union did to cover up, ‘The Union of Concerned Scientists’ has estimated that between 4,000 and 27,000 people died. Even people living hundreds of miles away from the site of the explosion and high radiation areas were said to have fallen ill with some sort of illness after.

Since the liquidators were in close proximity of the reactor itself it was almost certain that they would die from radioactive injuries. Radiation can cause many things like burns, damage to blood vessels and bone marrow or even skin to melt off which is an issue in of itself, but can progress onto things like cancer, cardiovascular disease and radiation poisoning or sickness. Because radiation damages bone marrow, it lowers the number of disease-fighting white blood cells in the body. As a result, most people who end up dying from radiation sickness are killed by infections or even internal bleeding. These innocent people died because of the Soviet leaders denial and incompetence to admit to their mistakes. All of this makes the Chernobyl disaster so heart-breaking.

How did it impact the environment?

As people were evacuated from the city of Pripyat and none of them really understood why, many people thought it would be a week or two before they could go back into the homes. Despite the city being able to house over 50,000 people at one point, it hasn’t been inhabited since. This is due to the dose of radiation in the area, with an estimated 300Sv/Hr it will provide a lethal amount in just over a minute. Due to the city being basically deserted for 36 years nature has had the opportunity to take over. I find this so fascinating, most people thought that nature wouldn’t survive the blow nor the fallout, but nature has actually evolved to survive in that climate.

Due to the danger of evacuating, people were told to leave their pets behind, some were shot by the Soviet soldiers, but others ran and hid. This allowed them to repopulate on the site of Chernobyl and now there are stray dogs running around as well as lynx, bison and deer. This is because it is a prime place for wildlife to life and experience nature, despite the deadly radiation everywhere. Since they are always exposed to this radiation it has the effect of acute radiation poisoning, which will get less and less (but doesn’t remove the impact on blood cells or nervous systems). About environment, the USSR built a protective sarcophagus in the December of 1986. This was an effort to reduce the speak of the radioactive contamination, which worked, and it also protected it from weathering. However, because it is made of steel and concrete it is slowly breaking apart and will need replacing within the next 20 years. I think that this was one of the good decisions that the leaders made as it prevented more fallout and helped with the recovery of the surrounding areas. There was also not much they could do with the technology that they had at hand, so a massive project like putting a steel sarcophagus onto a devastated rector was a really good idea. 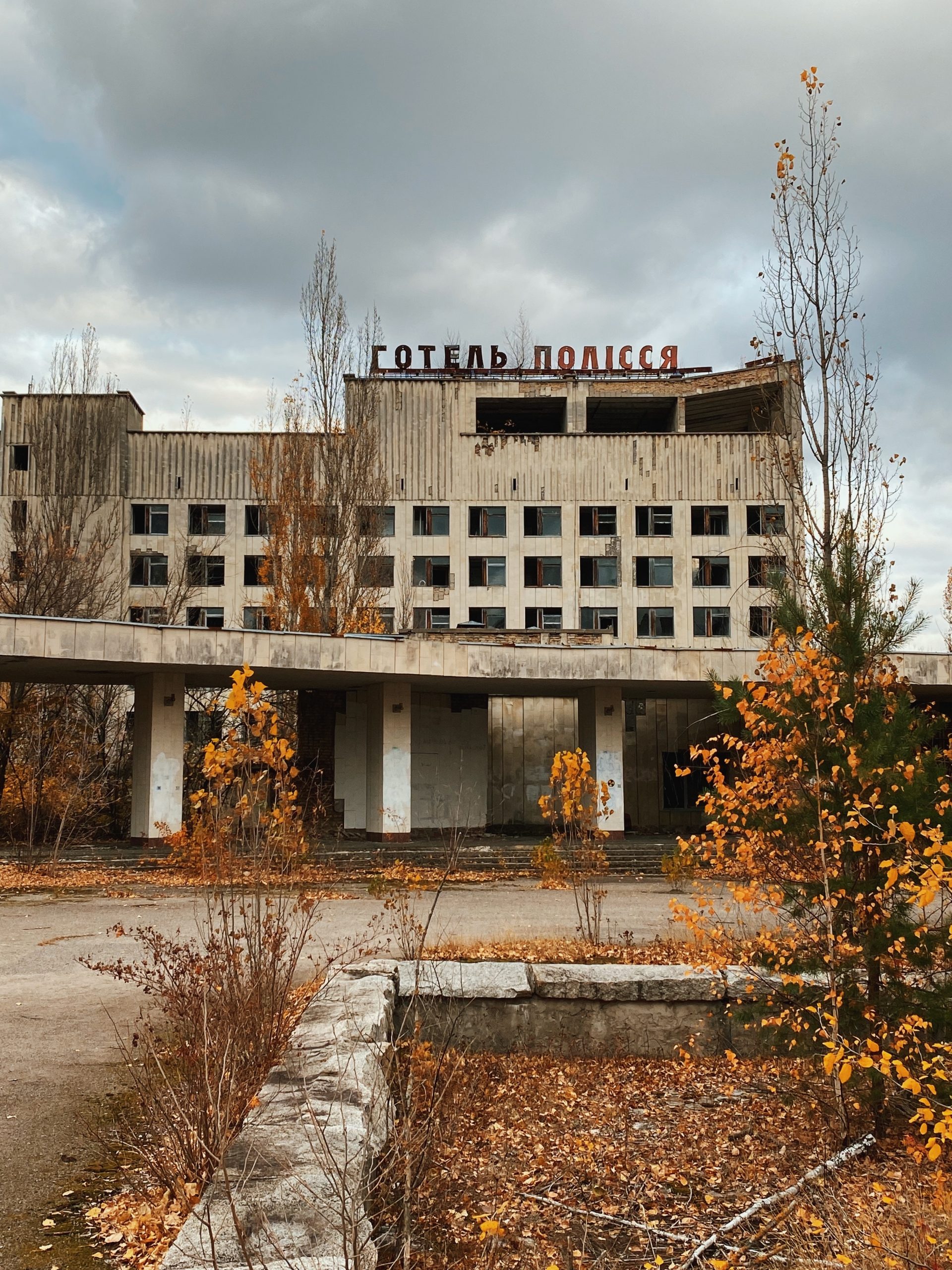