It goes without saying that the media we consume today has a profound influence on how we see, understand, and treat people in our everyday lives. I’m sure most of us find deep comfort in seeing a character through our screens that we can relate to, and reflect upon. We take pride in feeling embraced, and find connection whether it’s through gender, religion, culture, class, ethnicity, or race. How many of us have had the privilege of feeling represented in the media we are shown?

Television and film remain at the forefront of the entertainment industry. We have the ability to indulge in content on any device we want, even on our phones. Some of us use this form of media as an escape; what we intake has a huge emotional impact on us.

The access we have allows us to watch our favourite TV shows and films with ease. In November 2019, Disney launched a new streaming service, Disney+. The platform shares productions by The Walt Disney Studios and has dedicated categories for the named brands including Disney, Pixar, Marvel, Star Wars, National Geographic, and Star. Disney+ also airs TV shows and film originals that have had huge success since the launch of the highly anticipated service.

This type of media has evolved majorly in the last century. It is constantly and rapidly developing to this day. It’s a main source of education, storytelling, and art. However, often the media badly portrays and inaccurately represents the vast majority of marginalised communities. The lack of inclusivity in the media leads to negative implications in the real world. Even now, as the world strives for a more diverse place, it is an ongoing issue creating stereotypes that are stigmatised. This produces detrimental effects on society, more specifically the younger generation.

So, what is representation and why is it so important?

Representation is stated in the dictionary as ‘the description or portrayal of someone or something in a particular way.’  In film and TV, this is focused on how societal aspects and issues are embodied and depicted by characters. The media industry widens our knowledge regarding multiculturalism; it’s a main outlet to showcase unique experiences that wouldn’t have the extensive reach without the platform given. This indicates how vital it is to amplify the voices of the underrepresented in an accurate way.

In western media, there are several groups who are stereotyped too often. This includes women, people of colour, and the LGBTQIA+ community. Not only this, but it has created unrealistic beauty standards and often lacks inclusivity of people with different body shapes and those who are less able than most.

In 2017, the UCLA Hollywood Diversity Report found that only 2 out of every 10 lead film actors (19.8%) were people of colour. Although the number is increasing each year, the statistics in these reports show how long and slow of a process it is.

When it comes to the younger generation, many youths have said that ‘not seeing yourself represented in elements of pop culture can affect mental health.’ Less privileged people in society may question why they don’t see anybody that looks like them. It can lower one’s self-esteem and can affect a child’s social development. The harmful effects of this can cause an internalised hatred for themselves and the characteristics they identify with.

One of the most influential outlets of entertainment media upon youth is Disney. There is no doubt that we didn’t dream of a ‘true love’s kiss’ or ‘a happy ever after’ when watching these animations throughout our early years of development. For me, it remains a vital part of my childhood.

“Disney is quite pervasive within our modern culture,” says Martyn Griffin, an expert on the cultural perceptions of work and organisation at Durham University in the UK. “Home videos (VHS and DVDs) exposed kids over and over again to the ideas in Disney films. If they were doing this from a young age it is bound to have an impact.”

In the early years of Disney, the animations were heavily focused on portraying women as domesticated. For example, Snow White, Sleeping Beauty and Cinderella were presented as housewives, doing chores such as cooking and cleaning. This was typical role for a woman in that period. But, in contrast to this, men were seen as the ‘breadwinners’ and ‘saviours’; in most cases of these fairy tales, a man would come to their rescue. This clearly implies that a woman must rely on a man in order to be validated. It followed along with the societal expectations that women were never worthy enough to be independent among being happy and successful.

Disney has also encountered a large amount of criticism for their portrayal of mental health. A psychology study showed that 85% of Disney films before 2004 contain verbal references to mental illness. As children, this can potentially create prejudicial attitudes towards those with similar behaviours, perceiving them as mentally ill. In addition to this, it adds to the stigma of mental illness, seeing it as a ‘bad’ thing. These films are still being watched throughout the younger generations. For example, Alice in Wonderland is just over 70 years old, children will still be watching it for the first time. It is important to show the things that are subtly implied are not imbedded on the youth and people are learning to destigmatise mental illness and the misrepresentation of it.

In October 2020, Disney Plus has added a new content warning on several classic animated movies, including Peter Pan, Dumbo, Fantasia, Lady and the Tramp and Aristocrats. Before this, in 2019, warnings were added to several of the classic Disney films on the streaming service that they may contain “outdated cultural depictions”.

The disclaimers reveal Disney’s insensitive and controversial past for their racist remarks. In Dumbo (1941) the film contains group of crows supposedly ‘inspired’ by African Americans. One being named ‘Jim Crow.’ In the United States, Jim Crow Laws were laws that enforced racial segregation in the South after the civil war. Though presently being described as ‘wrong then and wrong now’ by the company, this was normalised in previous years and is a prime example of the inequalities and discrimination black people were put under in the media.

Released in 1995, the film Lady and the Tramp, includes a pair of Siamese cats who possess very amplified oriental accents. Often, the misrepresentation of Asian people has been swept under the carpet. Commonly, the subject of xenophobia has been treated as a taboo topic. Still to this day, some still see the gesture as ‘comedic’. Whilst there has been an increase in Asian-American visibility in the past few years, the ongoing battle of breaking down these stereotypes and discriminatory actions is still very much ongoing. In the recent remakes of both films, these mentions have been removed.

As the world endeavours to become a more inclusive place, Disney has taken it within their pride to branch out of the stereotypical fairy tale and start representing cultures as well as ethnic minorities who have not had the privilege of being accurately portrayed in the entertainment industry. As they should, right?

In attempts to expose children to various cultures and have a positive impact on diversity through a child’s perception, Disney have travelled over the world diving into new cultures and countries. Last year, Raya and the Last Dragon drew from South-eastern Asian cultures including Thailand, Vietnam, Singapore, Indonesia, and the Philippines. As well as this, we had the release of Luca. Set in Italy, the animation became a hit as it depicted a friendship though being described as a ‘non-canonically queer film.’ Though, I think it’s about time Disney gives the LGBTQIA+ community what they deserve. A true representation. As society becomes more accepting for the marginalised populations, it is vital for children to see that this is the reality of the world and that the animations we watch through a screen are a huge part to help the understanding in it.

Though western culture is slowly developing, following the release of Pixar’s ‘Onward,’ in March 2020 the film was banned from reaching cinemas in several Middle Eastern countries such as Oman, Qatar and Saudi Arabia after a line referencing lesbian parents. The line quotes from a female cyclops “It’s not easy being a new parent, my girlfriend’s daughter got me pulling my hair out, OK?” Take that in for a moment. A film was banned for one line simply representing the queer community. Was this a reasonable thing to do?

So yes, Disney are exploring cultures and highlighting people of difference races and ethnicities. In fact, with the most recent release of Encanto, set in Colombia telling the story of the magical Madrigal family. It has paved a way for children to experience the ‘power of representation.’ There have been smiles across social media platforms like Twitter and Instagram after seeing children seeing themselves through their TV screen.

It is wonderful to finally see young children, especially those of different races feel embraced through one of the main sources of entertainment for kids. Encanto has had huge successful, with their chart-topping song ‘We Don’t Talk About Bruno’ surpassed Frozen’s smash hit ‘Let It Go,’ becoming the highest-charting Disney single since 1995! 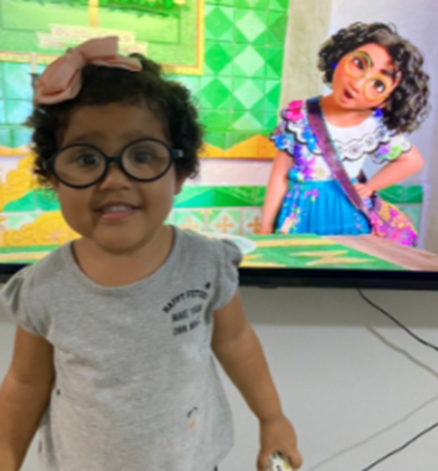 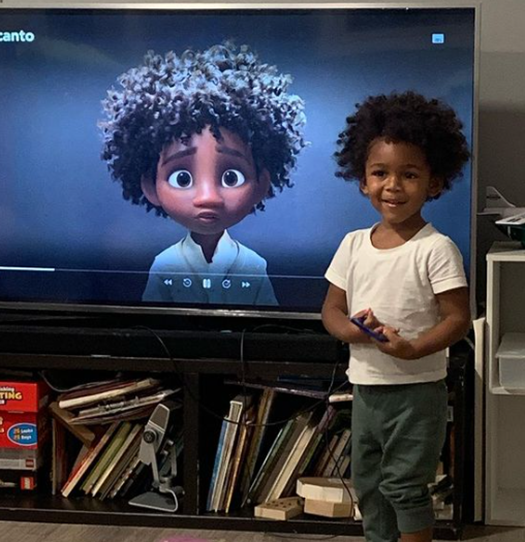 Despite the mass controversy Disney has faced head-on in the past century, I truly believe that the path has been set for a journey of ever-growing representation. Yes, there is plenty of work to be done and yes, there is a hell of long way to go. But there has been a start of something that opens up a load of opportunities for people who may have not had the chance 20 years ago. We have seen the power the entertainment industry has and the impact it has on us a society.

Today’s generation are passionate about inclusivity. We are adamant on making voices of the underrepresented heard.

It is important to recognise the ongoing progress. However, hopefully, me and you both now know that there should be a demand in more diversity, not only on-screen but behind the scenes also. The media industry needs to confront the stereotypes and implicit bias that has been imbedded into the media. We must continue to adapt to environments where everyone feels no less than another. I am excited to see what is next to come from Disney, hoping that with each production it creates a space for children and adults to relate to and feel seen.