Going out and ‘letting your hair down’ is rapidly becoming more dangerous. It’s no longer just the fear of constantly watching your drink. Women are now being forced to be aware of getting spiked with a needle. But why? Why do women have to live in fear of a pill being dropped into their drink, and now the fear of having a drug injected into you. Why has UK nightlife turned into a treacherous nightmare? Cases of needle spiking in the UK began during October this year and have been on the rise since. People are filling needles with drugs such as Rohypnol (roofie) or Gamma Hydroxybutyrate (GHB), otherwise known as ‘date – rape’ drugs – and injecting women in clubs and bars in order to assault them, or to gain general amusement from doing so.

A young woman named Olivia Riley aged 21 gave a statement to The Mirror, after she was found lying in her own sick by a group of girls after being spiked by a needle on a night out in Leeds. She went on to say that she had no recollection of the night and claimed she had bought less drinks than usual and later went on to find bruises on her leg in which gave her the conclusion she had been spiked by a needle.

On the 28th of October, there was an organized protest named ‘GIRL’S NIGHT IN’ in which was organized to boycott clubs and bars, thereby forcing them to put more measures into place to help stop the needle and drink spiking spree. The protest took place in almost 50 locations in the UK including London, Edinburgh, Leeds and Manchester. Though we ask the question. Why are women having to boycott clubs and bars just so that they can be safe on a night out? The age of drink spiking has been around for decades, and yet still in the 21st century, it is still a Nationwide problem. 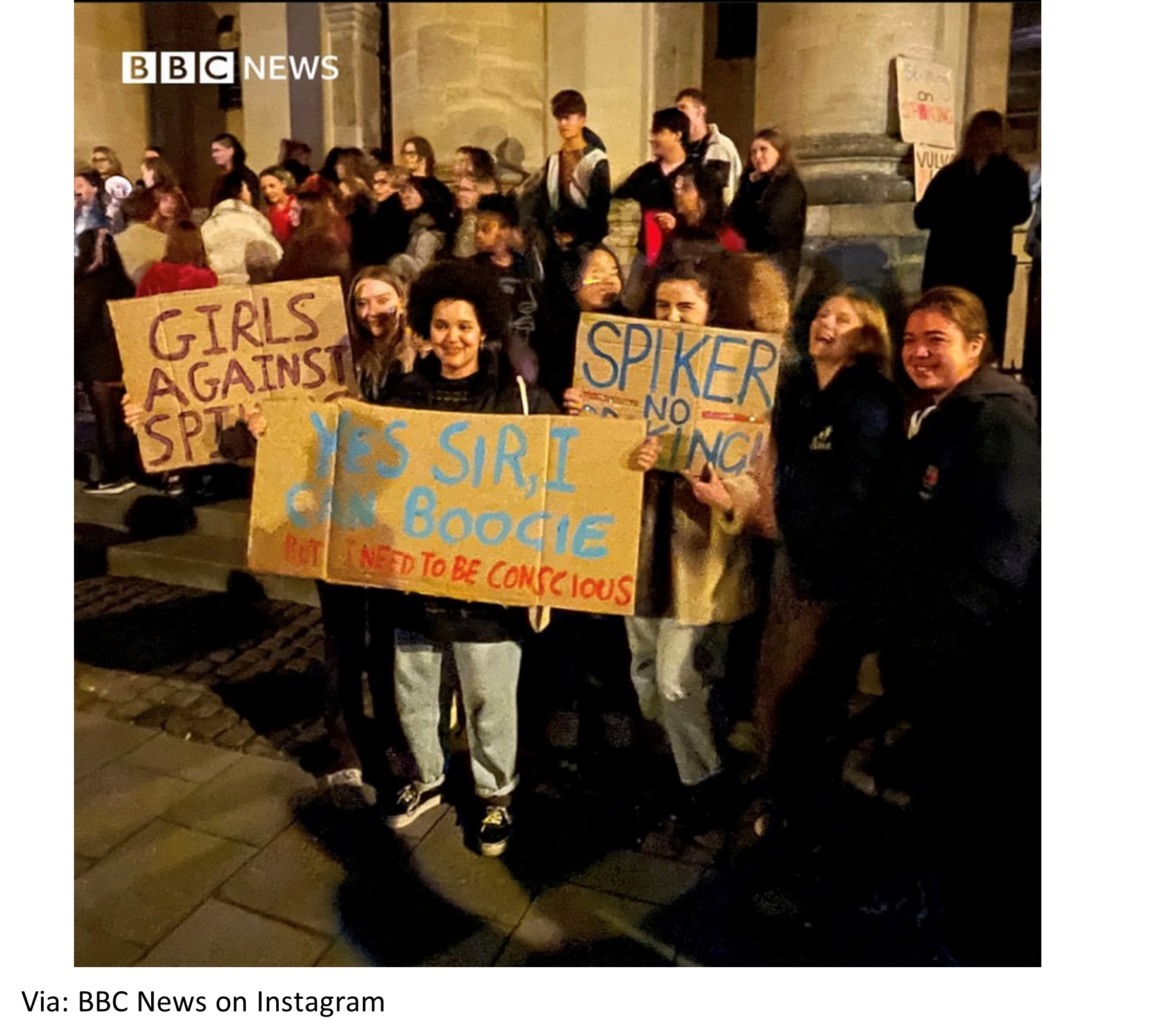 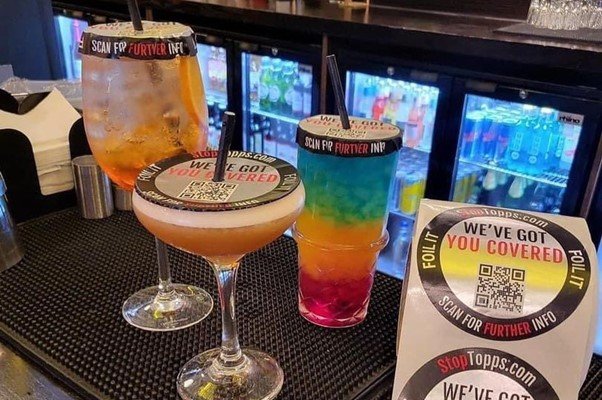 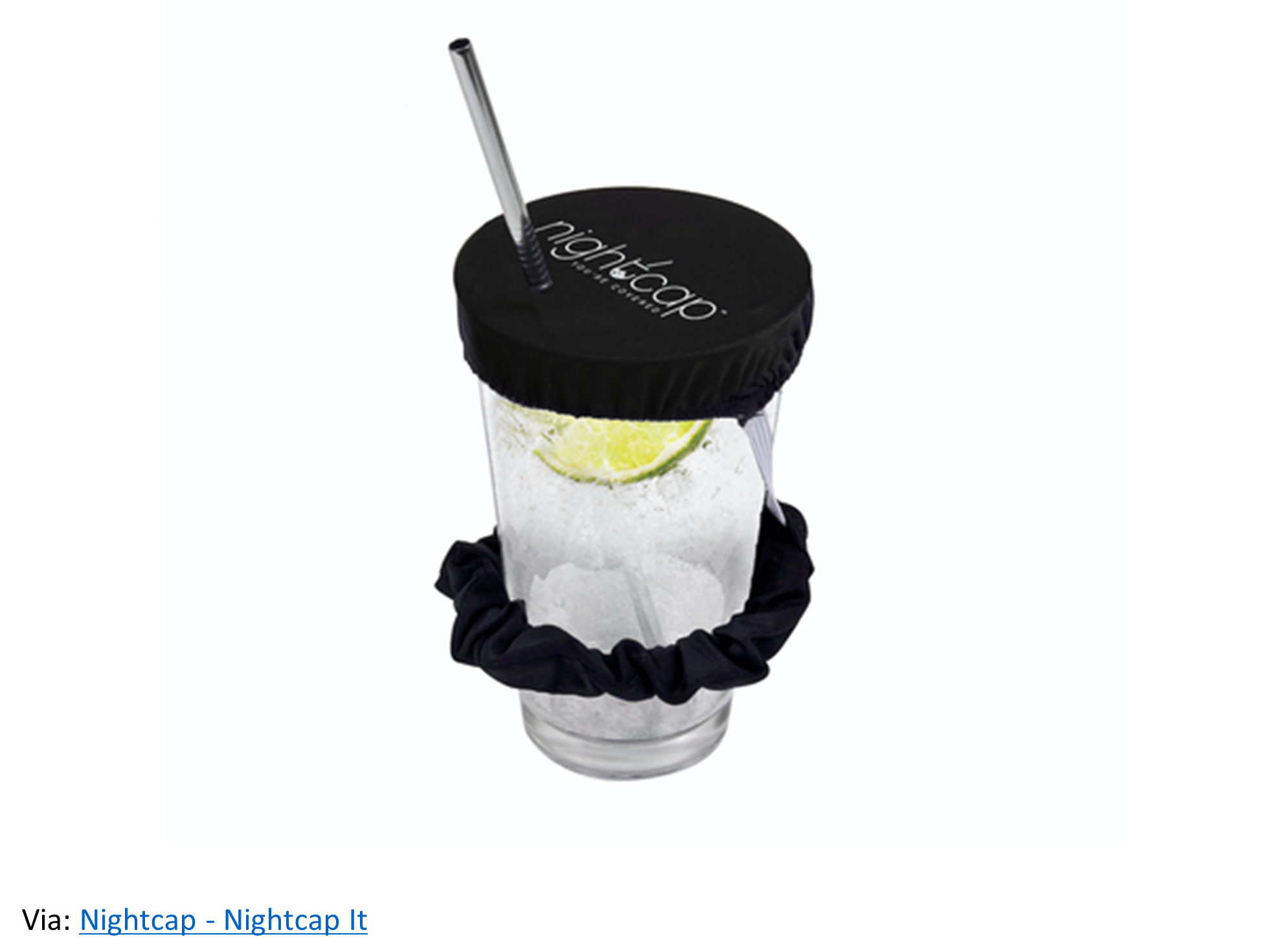 What new measures have been implemented?

Alongside the protest which took place, there has since been a petition signed by over 172,000 people for clubs and bars to carry out more extensive searches upon entry, to help stop people bringing in drugs and needles with intentions of spiking Women. As well as a petition which has received over 15,000 signatures in order to fund free drink spiking test kits, for all clubs and bars.

Another thing that has been around for a while but are only just coming in to play; are ‘cup condoms’. The slug & lettuce have recently released their own drink covers and those on social media are praising them for doing so. A customer named Evie, posted the photo of her drinks with covers on to social media with the caption; “Well done Slug & lettuce”. The sole purpose of a drink cover is to prevent people from spiking your drinks by the whole cup being covered and drinking through a straw.

Other websites such as ‘My cup condom’ sell packs of cup condoms to cover your drink which you can buy in bulk such as a 3 pack for £5.99 at https://mycupcondom.com/products/3pack.

Alternatively, the brand on the rise for drink spiking prevention; ‘Nightcap’, sell a machine washable drink cover with a scrunchie attached to it, in order to carry around easily. Which you can purchase in various colours for £11.99 at https://nightcapit.com/collections/frontpage/products/nightcap?variant=39445024112771

What to do if you’ve been spiked.

We link back to the question of why these are even having to be put in place. With a spiking spree on the rise, there is information across social media on what to do if you have been spiked.

Here are some signs that you have been spiked:

Loss of balance or vision

If you have/ think you have been spiked, you are advised to:

Tell a bouncer or bar staff

Stay with the people you know

Have someone call an ambulance if the condition is bad

Get tested within 12 hours before the drugs leave your body 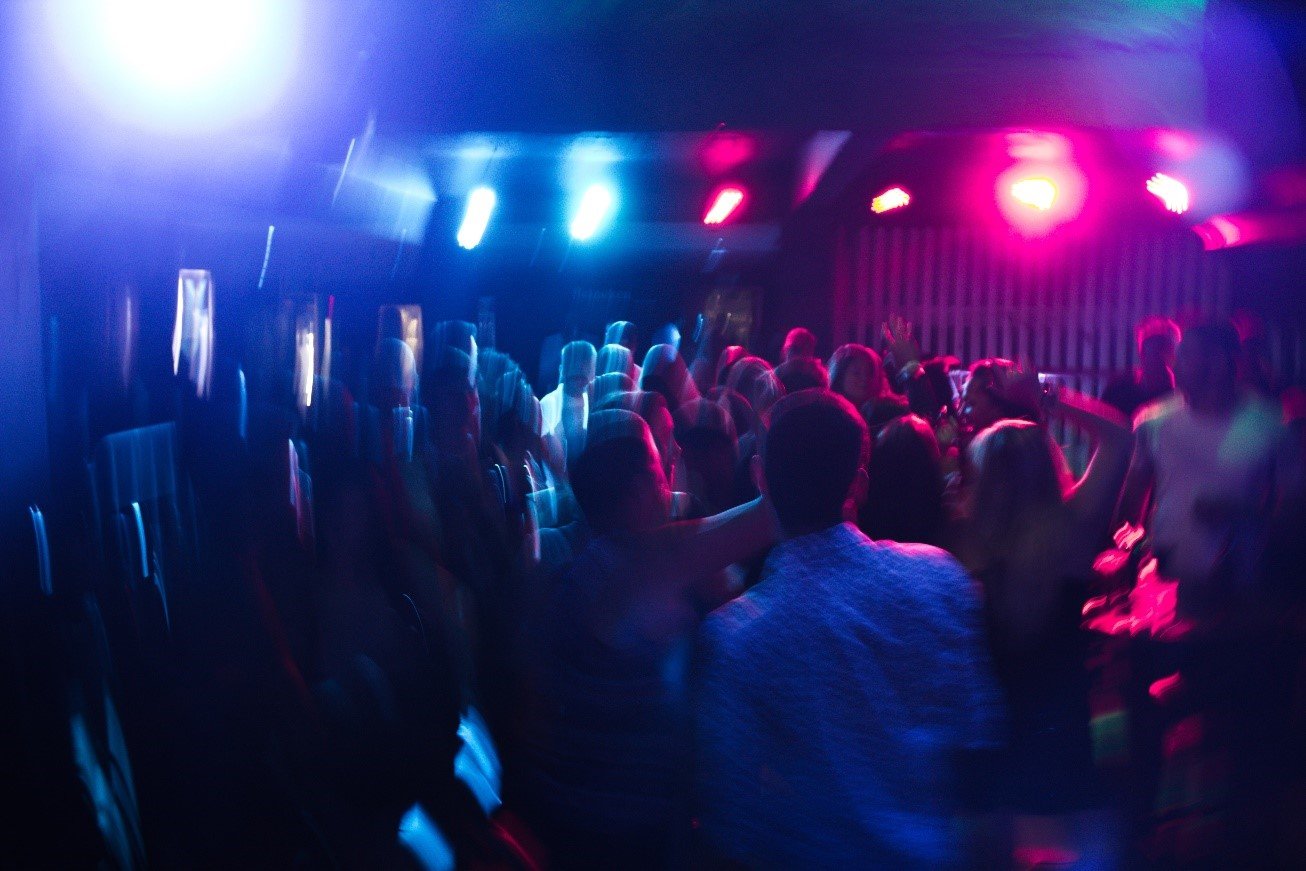 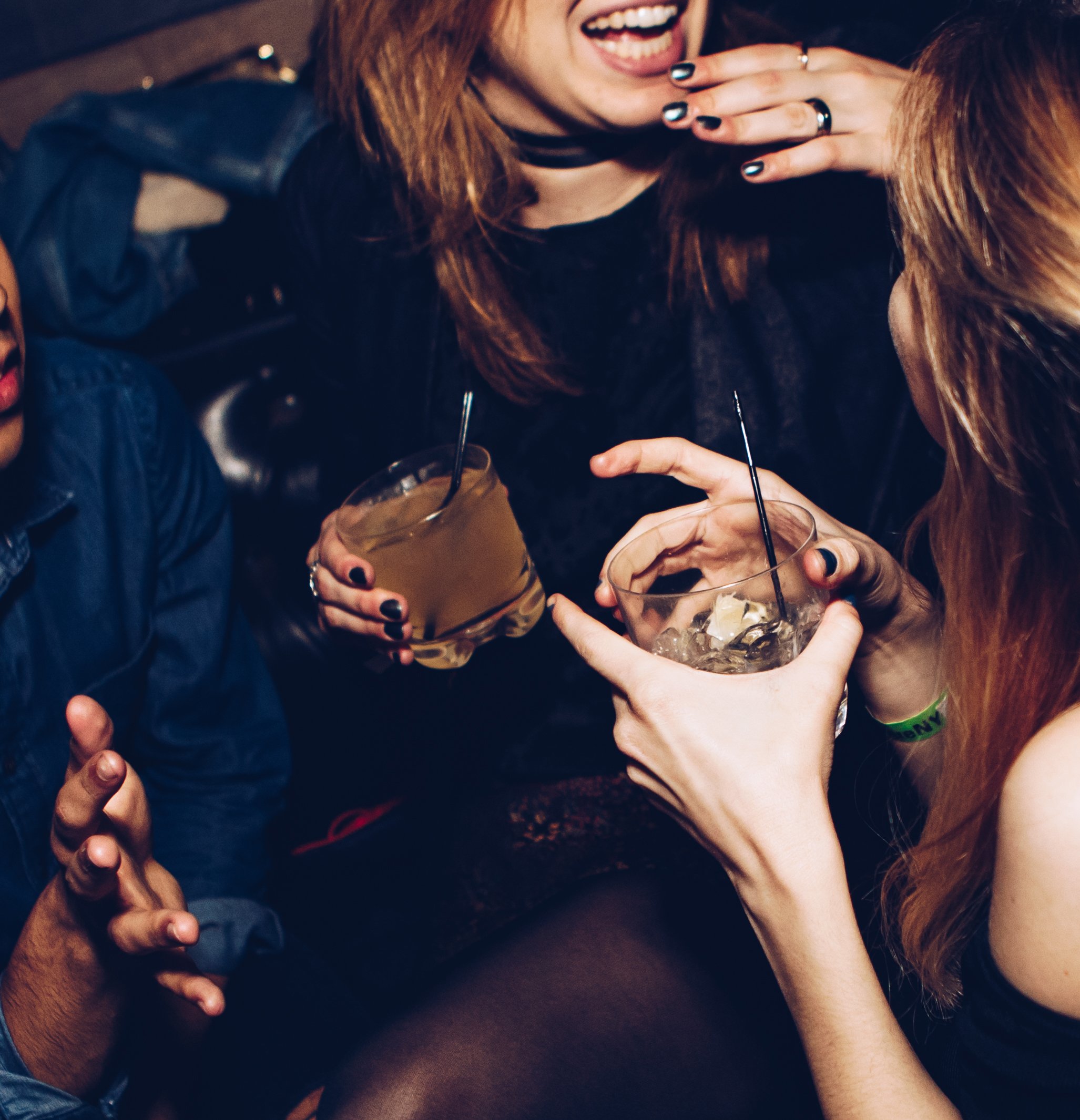 If you need to talk to anyone about spiking, you can contact: