Newcastle United Takeover – Beyond The Pitch.

On the seventh of October 2021, Newcastle United was taken over by a consortium, led by the Saudi Public Investment Fund (SPIF). This takeover was long in the making, but for all the wrong reasons. Previous owner, Mike Ashley, had agreed a deal to sell struggling Newcastle in April 2020 for around £300M, but the prospective buyers failed the Premier League’s ‘fit and proper owners’ test. This was the first hurdle in what would become a long, and controversial, legal battle between the consortium and the Premier League. Understandably, Newcastle fans were outraged by the decision to block their takeover, claiming that the league’s motivation was to prevent another super-power – like Manchester City, but it quickly transpired that this wasn’t the case, or at least not the sole reason.

Another key factor in the takeover debacle was BeiN Sports, a major global Premier League rights holder based in Qatar. The issue that was caused by this is the fact that Saudi Arabia were responsible for state-sponsored piracy of Premier League games, costing BeiN Sports millions of pounds of revenue. Not only did the Saudi regime sponsor piracy of games, but they had even imposed a ban on BeiN Sports from operating within Saudi Arabia. This was the Premier League’s main motivation for blocking the takeover, but blanket denial from the consortium over it’s supposed ties to the Saudi government led to a yearlong legal fight.

The main issue in the case was a dispute over whether the SPIF was controlled by the Saudi government or not. If it was deemed that it was, like the Premier League initially had done in 2020 – then the takeover was highly likely to never succeed, even in the courts. But throughout the process the consortium insisted that they were independent of the Saudi regime.

Ultimately, the legal process resulted in the takeover being completed, meaning that either the courts believed the consortium, or that the Premier League backed down. What would no doubt have helped the case come to a close, was Saudi Arabia lifting its four-year ban on BeiN Sports within the country. While this may not have had a huge impact on court proceedings, it would almost certainly have impacted the Premier League’s stance on the matter – which may have changed the course of the proceedings.

So, there it is, Newcastle United are the richest football team in world football and will soon be back among Europe’s elite. But, unfortunately, it isn’t happily ever after – neither for Newcastle fans, other football fans or people in general. The consortium’s acquisition of Newcastle has led to public outcry. Human rights activists have labelled the decision to allow the takeover as “an appalling enablement of human rights abuse”. But do they have a point, or are their claims baseless? Amnesty’s Sacha Deshmukh was quoted as saying, “Instead of allowing those implicated in serious human rights violations to walk into English football simply because they have deep pockets, we’ve urged the Premier League to change their owners’ and directors’ test to address human rights issues,”. She raises some very good points, which had gained traction and support in the media and among fans.

On the outside looking in, it is very hard to imagine that the SPIF is not controlled by the Saudi government – like they claim. This is down to the fact that, of the SPIF board members, all nine members are part of the government. And, above all, the Chairman of the fund is none other than HRH Mohammad bin Salman Al-Saud – the Crown Prince of Saudi Arabia. Furthermore, the SPIF website is a government website, which is convenient to say the least given the circumstances. At the time of writing, 09/11/2021, there has been no official answer to what evidence had been provided to prove that the consortium is not associated, or led by, the Saudi government, which has led to fan speculation as to how, and why, the takeover was approved.

But what are the key issues with the Saudi government potentially controlling the club, and why are charities and activists – like Amnesty, so opposed to the takeover? As previously stated, Saudi Arabia has an appalling history of human rights abuses. For example, in 2018, Saudi journalist Jamal Ahmad Khashoggi was murdered in the Saudi Arabian embassy in Istanbul by a 15-man Saudi assassin team, widely accepted to have been ordered by the Crown Prince himself. So why did Saudi Arabia feel the need to brutally murder, and dismember, Jamal? Because he spoke negatively of the Saudi government. While the secretive nation have firmly denied any allegations of wrongdoing, it wouldn’t be out of character for the Saudi government to silence their largest critics. There has also been massive backlash from the Newcastle LGBT+ fan group and they had made multiple statements prior to the completion of the takeover pleading with the Premier League to alter its ‘fit and proper owners’ test to account for human rights. 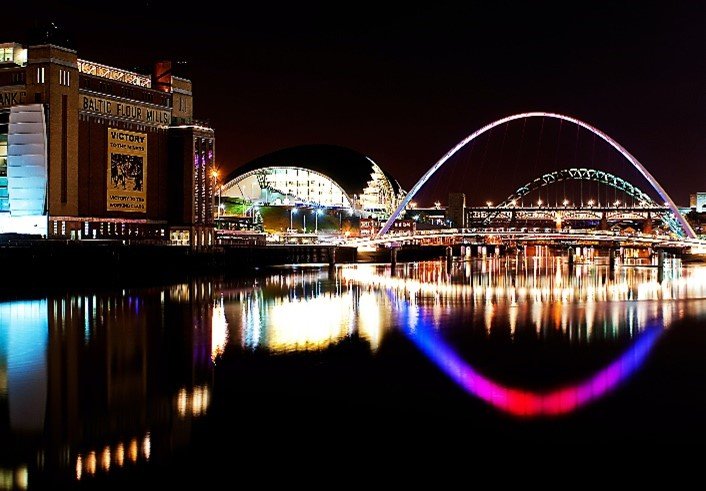 The backlash from LGBT+ supporter groups was largely because of the fact that, in Saudi Arabia, it is illegal to identify within the LGBT+ community, which has seen many people face severe legal repercussions as well as those who aren’t ‘out’, suffer in silence – as outcasts in their own country. These abuses of human rights aren’t limited to the LGBT+ community, however. Women have also been forced to live as second-class citizens in Saudi Arabia with women unable to drive until 2018. Although to varying degrees, there are also dress codes enforced across Saudi Arabia for women to promote modesty – as per Sharia law. And historically women in Saudi Arabia had been prohibited from travelling without a male companion, though these rules have been slowly phased out over the past few years.

Overall, it is very clear why fans and the public in general have been so opposed to the Newcastle takeover. Many have had their say on it, so I decided to ask one football fan on his views of the takeover, and what it could mean in the grand scheme of things.

Q: Do you think that the Newcastle takeover is a good thing for football? A: “I don’t, actually. I think that the new owners may lack interest in football which could have really negative impacts for the club going forward.”

Q: What impacts could you see the takeover having? A: “It could drive people away from football, especially those who would be persecuted in their owners’ country.”

Q: What are your thoughts on Saudi Arabia’s human rights record? A: “I think it’s upsetting to be honest. To know how many people are being supressed for their beliefs, sexuality and other things that they cannot control.”

Motive behind the purchase?

One of the other questions raised by the SPIF’s acquisition of Newcastle United is ‘why?’. Why did SPIF want a football club, and why did they settle upon Newcastle? The first question has also drawn differing opinions, but the widely accepted response is that they are trying to boost the reputation of Saudi Arabia to a global market – and what better way than buying into the biggest sport in the world? As for why Newcastle was chosen, it’s obvious. Newcastle had been ‘for sale’ for quite some time due to previous owner Mike Ashely running low on money to sustain the club. The fans were also desperate for a change in ownership, and, on the topic of fans, Newcastle boasts one of the largest fanbases in England – which is significant if the new owners are in fact trying to ‘build their brand’ so to say.

This topic has caused divided opinion – though the common consensus is a shared one. Football is a game for everybody and should be kept as such. Whatever lies in Newcastle’s future, both on and off the pitch, there will be a permanent stain on the club, one which will drive many fans away, and leave many fans angered by their owners’ actions, unless they can prove to fans that they aren’t what the media have made them to be.