Nissan’s most recent sports car is the 370z (the car that is to be replaced by the z proto), the 370z was released on June 17th 2009, which means that the last Nissan sports car was released 11 years ago. This just goes to show how long the arrival of this car has been awaited, therefore Nissan really needed to deliver with this car, otherwise the fans may get begin to lose interest.

At a first look the car looks fabulous – it has a 6-speed manual gearbox that harks back to the famous and beloved Nissans of the 80s and 90s (finally!) plus Nissan’s choice of implementing a manual gearbox is probably the best decision that Nissan could have made. This is because Toyota’s new sports car, the Supra, did not have a manual option and this caused people not to buy the Supra and look for other options. It’s fair to say that the market has never needed a manual so much as it does right now.

The gearbox was the first thing that Nissan did right, the next was a twin-turbo V6 powerplant that is also alike to some cult classics such as the Skyline, but with a modern touch. Horsepower figures have not yet been released, but we can expect a sporty amount capable of rivaling the new Toyota Supra. All this power is sent to the back wheels and therefore we can presume that the Z proto will be able to slide around just like its predecessor the 370z.

What more can we ask for? Manual transmission, check. Twin-turbo V6, check. Rear wheel drive, check. Oh wait, the car looks stunning; it takes heavy inspiration from retro cars but also pulls off a modern look, it is mainly inspired by previous Nissan z cars such as the Fairlady z yet it does not look dated in the slightest. It is now obvious that Nissan is trying to return to the days when their sports cars where on top of the Japanese market and they are trying to do this by using aspects of their cult classics in their newer cars and in my opinion, this is the right direction to go in.

It is not all sunshine and rainbows for the z proto.

The car is looking to be everything that Japanese sports car enthusiasts and just overall car enthusiasts have wanted in the past 5 years, so why Nissan is it not going to be available in Europe!? This is massively controversial as Nissan has a massive number of fans in Europe. put yourself in their shoes, you have been supporting Nissan for ages; ever since you drove that 1989 Nissan GTR you have wanted a Nissan sports car but you do not have the money for the newer GTR so your waiting for the next Nissan sports car, the fantastic brand new z proto is released and your about to pre-order one but then you are hit with ‘this is not available in your area’! You would be absolutely devastated, what is then stopping that loyal customer that has waited for this car for 11 years to then just go a Toyota, Honda or Subaru? This is the trouble that Nissan will be facing when the z Proto releases in 2022. 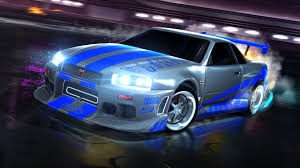 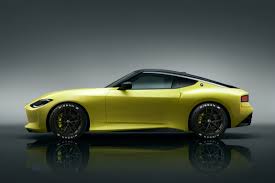 A struggle to maintain past standards

There is a reason why the new Z proto is massively inspired by 80s and 90s Nissans. Part of this decision is to bring back some nostalgia of the past greats, however I believe that under the surface there is another reason for this. Over the past 20 years Nissan have struggled, part of this is to do with Carlos Gohn and how he ciphered money from the company, but also the quality of Nissans cars is just not what it used to be. Nissan were known for their reliability and their high level of quality for a lower comparative price – compared to other ‘supercars,’ however nowadays Nissan usually sits at bottom of the pile when it comes to reliability and quality. Their rivals such as Toyota and Honda outclass Nissan, even at the same price range. This has been due to Nissan cutting costs, whereby at the beginning of 2019, Nissan had to lay off nearly 13,000 employees. The reason for the way they have presented this new sports car is, arguably, to deflect customers from thinking about how badly they have been doing recently and get them to focus on what Nissan used to be and not what they have become.

And so the choice not to bring this car to the EU could be extremely damaging for the company. Nissan need to uphold their previous standards of quality across the world, otherwise customers will begin to move to other brands. This car, if it is as good as Nissan says it is, could have been the car to reinforce the car community that Nissan is still a big player and can produce a car that lives up to everyone’s standards of what a sports car should be. But how can they achieve that now they have disappointed a large portion of their fanbase?

There will be ways to get the proto z into the EU. However it will be very expensive with all of the import tax that will have to be payed and why should someone from Europe have to pay more for the same car as in Asia?

In the end customers will continue to buy new Nissans because they are cheap and have a reputation for performance. But it’s unlikely that Nissan will find itself in the position that it was in the 90s, where every new car that the company brought out was met with great enthusiasm from across the globe – whereby the name Nissan was a bi-standard for reliability, quality and fun. The message is clear: Nissan NEED to bring this car to Europe.