Following a recent anonymous tip, left outside the flat in which Madeleine McCann disappeared in 2007, police have begun investigating. The note claimed that the young girl’s body had been dumped in a reservoir 15 miles from Praia De Luz – the place from where she had originally vanished without a trace.

The note stated that the haunting lake had been her ‘final resting place’. It then continued to say that it was the ‘perfect’ place to hide a body. The police soon discovered that the land next to the reservoir had been inhabited at the time. This drove them to begin looking into the owner.  It is stated that at the time of the investigation back in 2007, the reservoir was searched. However, the divers never descended into the murky waters in search of the girl. Why? We don’t know.

The new, unnamed witness allegedly lived beside the reservoir in a camper van only 9 miles away from Praia De Luz. He is believed to be an ex-friend of the current suspect ‘Christian Brueckner’. Brueckner is currently fulfilling a sentence for the rape of a 72-year-old woman.

There is yet to be any clear information on whether the police have tracked down the new witness. However, it has been discovered that a credible witness stated that she told the police about ‘Christian B’ in 2007. On the day of the toddler’s disappearance, the British woman was shown pictures of multiple pedophiles. When the police presented a picture of Brueckner, the woman stated she saw him outside the holiday home that night. She stated, ‘that’s the man I saw.’ However, despite the certain statement nothing was ever followed up. 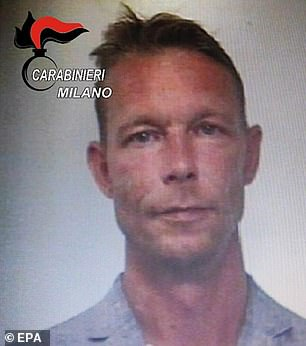 She told ‘The  Mirror’ on the 5th June 2020: “I was shown identikits the day after they took my statement.’ She based this around her time with Madeline.

“I recognized a few people from just being about,” she stated. “One guy I recognized was a known pedophile who later committed suicide.’

“I am aware of his name and face from photos I was shown.’ She continued. “I don’t think I remember having seen him in real life.’

Evidence on the suspect:

There is a lot of damning evidence against Brueckner. However, Prosecutor Hans Christian Wolters states there is no ‘smoking gun’ evidence to enable the charges against the German offender. He followed up by stating that there are still many pieces of evidence that point to Brueckner being guilty. ‘One of the pieces is the signal from the mobile phone he was using at the time Madeleine McCann disappeared. He has been shown to have been in the area of the Ocean Club resort where she was staying.’

Police believe that multiple witnesses are sitting on vital information about the suspect, in regard to being ‘terrified’ of him. Manfred Seyferth, 64, a former acquaintance of Brueckner talked about their experiences together. He stated: “We called him ‘The Climber’ because of his skills. “He was an expert at getting into apartments and hotel rooms. “Christian was athletic, and he was strong. I saw him many times climb up to first and second-floor apartments and break in. “He would take watches, passports, money and anything electronic that he could sell. He was a great burglar.” Seyferth has since stated that he believes Brueckner was very capable of being the vile person that abducted the then 3-year-old. He has claimed he had ‘a cold hard face and evil eyes.’ Seyferth was there for one of Brueckner’s court trials and has described his cold-hearted expression many times. It is known that during the time of Madeleines disappearance Brueckner was robbing holiday makes in Praia De Luz. This places him in the same area as the young girl the same time of her disappearance.

There is no concrete evidence that McCann is dead.

Even so, the German police have confirmed they are treating it as a murder-case. Hans Christian Wolters has stated that they don’t believe she is alive. ‘The result of our investigation does not point in any way to the possibility the suspect might have kept Madeleine alive.’

It was originally thought that there was a possibility Brueckner could’ve had assistance and that it wasn’t a one-man mission. However, the police seemed to have scrapped that idea, dismissing the possibility of Bruckner’s ‘ex’ Nicole Fehlinger accompanying him. They have stated that Fehlinger was a witness, however she is not a suspect.

Claims were made by officer Goncalo Amaral, an officer who got kicked off the investigation. He criticized British police however, the claims were instantly dejected by Wolters. The officer is currently in an ongoing legal battle with Madeleines parents, Kate and Gerry McCann. He believes that Madeleine had died with her parents in the holiday home by accident. He has claimed that the parents had wanted to cover up their mistake. This theory is a possible conclusion for many people around the world, however Wolters seemed confident. He stated: ‘I know this former inspector speaks a lot and comments on our work.

‘We’re not going to get into a war of words.” He said. “All I will say is that we have carried out a very serious investigation. There are no indications whatsoever Madeleine McCann’s parents are linked to her disappearance. On the other hand, we have a lot of evidence pointing to Christian B killing her.’  If she is alive, where is she? If she isn’t, what happened?