Is World War 3 on the horizon? 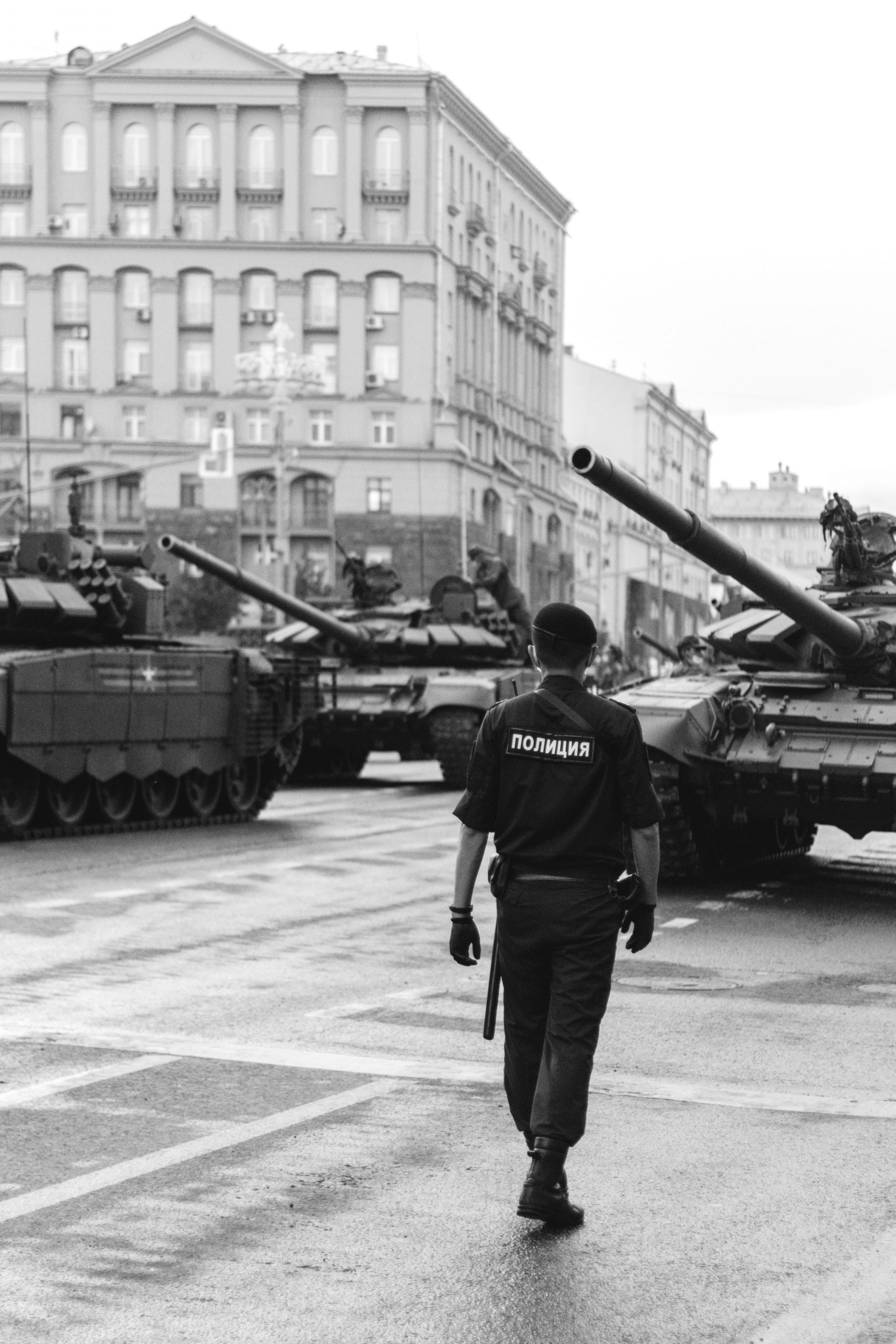 Many of you may have heard by now about the rising conflict along the Russian and Ukrainian border which could amass into a full-scale war with many countries protecting each other due to allyship and previous agreements. This conflict began all the way back in 2014 on the 20th of February when the Russo-Ukrainian war started, from there nothing has remained the same between these two countries. Some 69% of Ukrainians want to join NATO, according to a June 2017 poll by the Democratic Initiatives Foundation which reignited the conflict between these two nations as Ukraine was a Soviet Nation till 24 August 1991. For Russia this creates a massive problem as Ukraine shares a border with Russia, Moscow wants to prevent it from joining NATO – and thus bringing NATO right into its own backyard.

Last Monday, when the threat of a Russian invasion on Ukraine was considerable many countries were in preparation for the backlash, and if Russia did decide to seize more land to launch their attacks from. When Russia did finally attack Ukraine on Thursday the Lithuanian President said that he will be imposing emergency sanctions on Russia and Belarus. This emergency sanction will end on 10th March with it beginning last Thursday at 1pm local time.  What this decree allows is a more flexible use of the state reserve and steps up state border protection. Among other things, the authorities will have the right to stop and inspect vehicles, people and luggage in the border area. Lithuania’s reason for imposing these emergency sanctions is that the Russian attack on Ukraine creates favourable conditions for hybrid attacks and provocations against Lithuania by Russian and Belarusian authorities, especially in the border area. They believe that the situation poses a threat to Lithuania’s national security and public order, which requires “the temporary imposition of emergency measures”.

When peace talks and negotiations were taking place, the French took charge having Emmanuel Macron discuss with his Russian counterparts to come to an agreement which would result in Russian forces backing away from Ukraine with no intention of attacking. France’s foreign minister Jean-Yves Le Drian has said he will hold talks with his Russian counterpart Sergei Lavrov later on last Monday, as attempts continue to defuse the crisis over Ukraine.

US President Joe Biden has agreed “in principle” to hold a summit with Russian President Vladimir Putin to discuss the crisis over Ukraine in an aim to deescalate the situation and solve the tensions that these two countries have amassed by this situation. The talks proposed by France will only take place if Russia does not invade its neighbour, the White House said. Meanwhile, the Kremlin (Russian Government) said there were no “concrete plans” for a summit between the two leaders. World Officials are hoping that such talks could offer a possible diplomatic solution to one of the worst security crises in Europe in decades. However, US officials say intelligence suggests Russia is ready to launch a military operation, which Moscow denies strongly saying that troop movement is defence priorities only to protect themselves from the West and the ongoing tensions from Ukraine. The proposed summit was announced by the French presidency after two phone calls between President Emmanuel Macron and Mr. Putin, which went on for almost three hours in total. The second exchange happened in the early hours of last Monday Moscow time and followed a 15-minute conversation Macron had with Joe Biden. Macron’s office said details of the possible summit would be discussed during a meeting between US Secretary of State Antony Blinken and Russian Foreign Minister Sergei Lavrov on Thursday.  In a statement that confirmed the proposal, the White House also said Russia appeared to be “continuing preparations for a full-scale assault on Ukraine very soon”, and that the US was ready to impose “swift and severe consequences” should it happen. Russia has amassed more than 150,000 troops close to Ukraine’s borders, according to US estimates. US company Maxar said new satellite imagery showed multiple new field deployments of armoured equipment and troops from Russian garrisons near the border with Ukraine, indicating increased military readiness.

The US are ready to make talks with Russia to ease the tension between Russia and Ukraine but with added troop movements on Russia’s side they are cautious in the approach due to the military strength Russia could amass on Ukraine in an instance if the command came down the chain. The Kremlin says Mr. Putin blames the Ukrainian military for the escalation of tensions. Ukraine has rejected this, saying Moscow is engaged in a provocation campaign aimed at creating a pretext for an intervention by claiming false attacks on their country and by having an increased number of troops on their border. Mr Putin has been demanding assurances that NATO will not admit Ukraine, a former Soviet state with close ties to Russia, while the Western alliance denies it poses any threat to Russia. If Ukraine was to be a part of NATO Putin fears that some national secrets which haven’t been updated or changed since Ukraine split from the Soviet state could be leaked to other NATO countries. There are fears that a Russian military intervention could start a war even bloodier than the conflict in eastern Ukraine which has cost at least 14,000 lives. 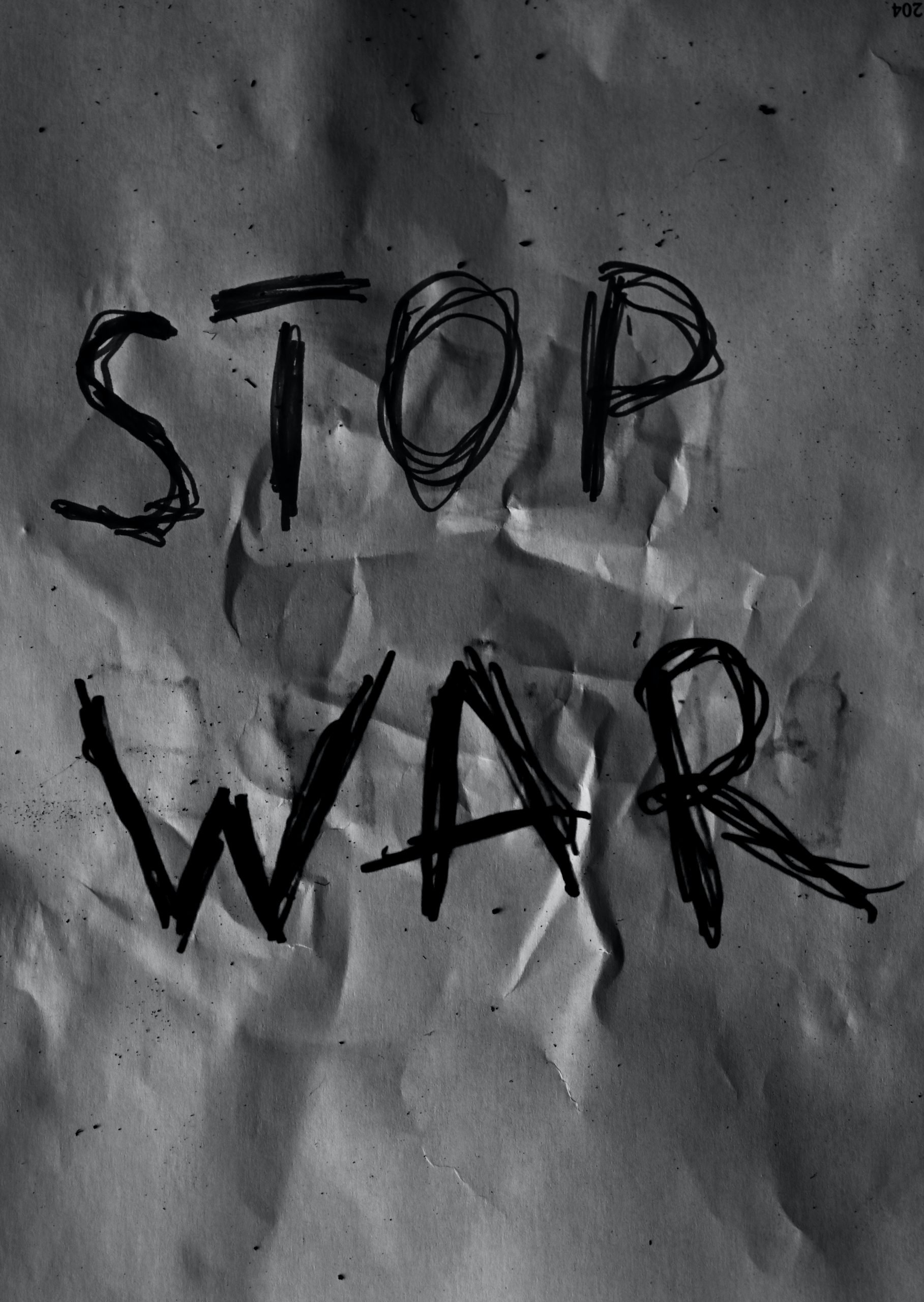 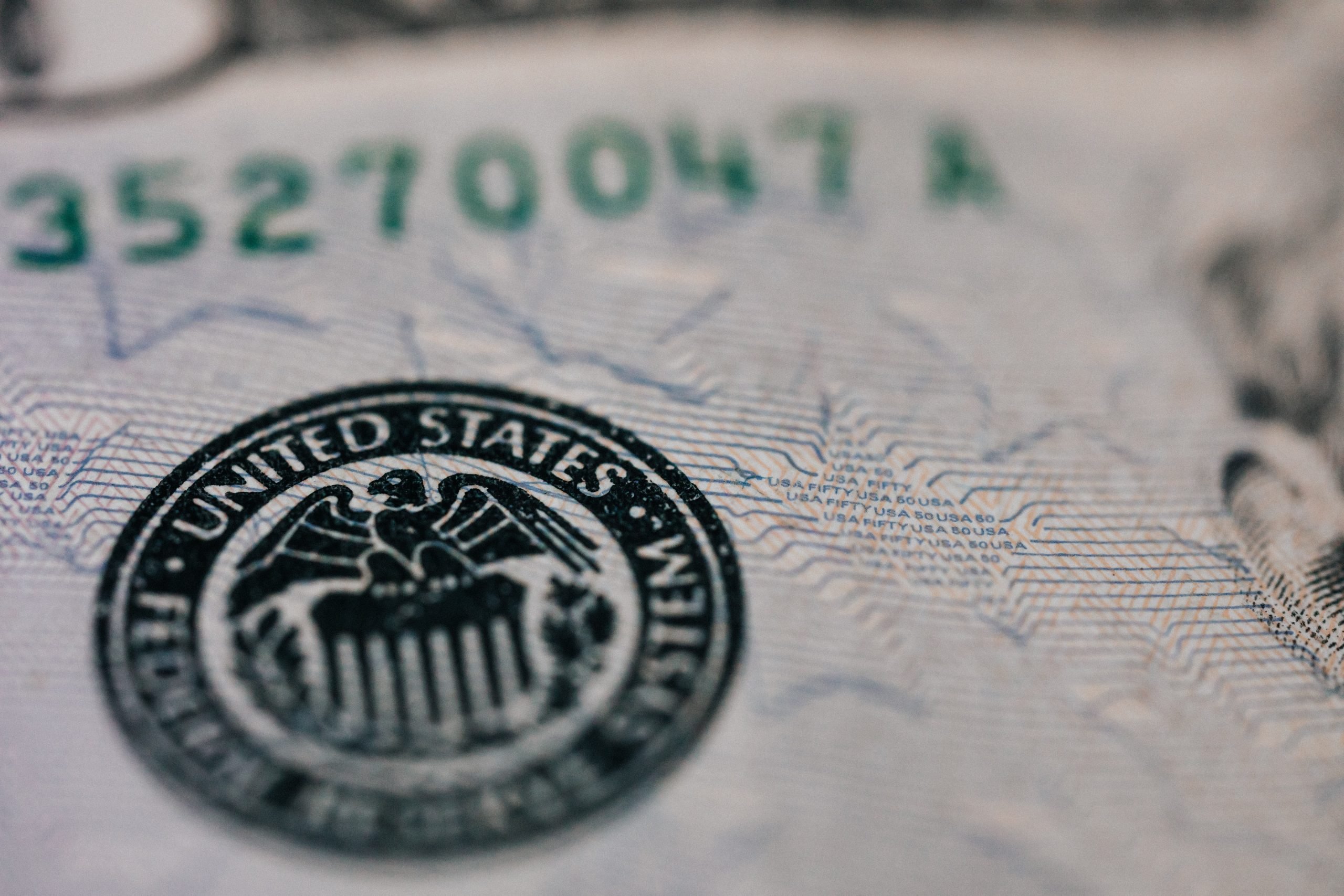 The French presidency said both leaders had agreed to resume talks through the Normandy Format (The Normandy format is a diplomatic grouping created in June 2014 with the aim of finding a peaceful resolution to the conflict following Russia’s military aggression), a group created to resolve the conflict in eastern Ukraine that includes Russia, Ukraine, France and Germany. Mr Putin agreed on the need to “prioritise a diplomatic solution” to the crisis, it said, adding that “intense work” would be carried out to enable a meeting “in the next few hours” aiming for a ceasefire. However, the Kremlin later said it was “premature to talk about any specific plans for organising any kind of summit” meaning that Putin could be on a different page with his government or that Putin has no interest in finding a peaceful resolution, he is just interested in the terms that will be laid out before him. “There is an understanding that dialogue should be continued at the level of foreign ministers,” spokesman Dmitry Peskov said. He added that a meeting was possible “if the heads of state consider it appropriate” but the only the problem with heads of state making peace talks deemed appropriate is if that both sides get something out of the end result.

Vladimir Putin will convene an extraordinary meeting of the Russian Security Council on Monday, his spokesman has said. “This will be a big Security Council. There will be a speech by the head of state as well as other speeches,” Mr Peskov said. The security council acts as a platform for determining and coordinating national security policy. This meeting will be used as a talking point about the Ukraine crisis and how they plan to go forward. With many Russian citizens protesting anti-war Putin and his heads of state will try to determine the best outcome for his people whilst not seeming as weak by backing down after coming so far in this Russian-Ukraine crisis.

Repeated statements from Western nations that Russia is ready to invade Ukraine has become “a meme”, the official spokesman for Russia’s foreign ministry has said. “Look, we are supposedly in a state of ‘invasion’ – it seems to me that this is already some kind of meme. We have been here for a month already, maybe more” Maria Zakharova has said on Russia’s main state television Channel One. Many people are criticising Maria for her words on the Russia attack being a ‘meme’ due to the proof of troop deployment towards Ukrainian border and the addition of military equipment. 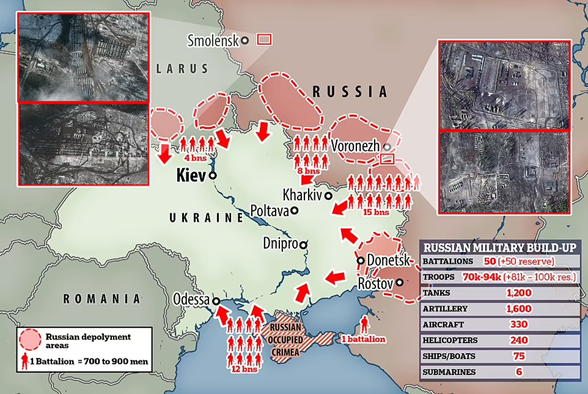 With the onsite reports from Ukrainian military discussing the situation the movement reports and the addition of drone and satellite footage it is clearly obvious on the diversity and numbers of Russian forces that are surrounding Ukraine. Even though Russia has not attacked Ukraine yet this troop movement and constant dropping off of supplies has some serious significance.

The prospect of war in Europe has become “very much real”, a Tory MP has said. Speaking to TalkRadio, Tobias Ellwood said “the prospect of war in Europe is very much real, I think we’re going to see it actually happening in the next few days. With an MP saying this it could potentially mean that talks are breaking down and Russia have had enough and are planning to strike. “The relative peace that you and I have grown up with in the last three or four decades is actually quite fragile, it’s actually quite unique, it’s not the normal. You need to be determined to defend our way of life.” Tobias also believes that this was just a matter of time as this peace was teetering on a fine line anyway and was bound to snap at one point. In addition to this he also believed that the West didn’t do enough sooner saying that “The West needs to work with greater resolve as one to challenge this authoritarianism.”  With this Mr. Ellwood believed that The West needed to be firmer and stronger in stamping out regimes that denies code violations of any sort which could lead to a greater international security problem. Ellwood added that the current situation is a “flashback” to the appeasement policies of 1938 prior to World War 2 when The West let Adolf Hitler get away with multiple invasions before realising, he was now too strong and could rival the alliance of The West.  This point echoed views expressed by Ben Wallace a week ago that the current tensions had a “whiff of Munich”.  Furthermore, Tobias Ellwood also said “NATO is a defensive organisation; it should defend European democracy and I think there’s a lot more that needs to be done by the most formidable military alliance in the world to defend Europe.”  With Tobias sharing these views it shows that people think NATO wasn’t doing enough until it became an international emergency. He believes that NATO should be able to step in sooner and put an end to regimes that can harm other nations if left unchecked.

To conclude, many government officials have stepped up to this pandemonium to ensure that we won’t have an international crisis upon us. However, with this being the case Vladmir Putin feels like he is being targeted in this situation, which may cause him to act irrationally.  Although government officials have stepped up to solve this incident, some do believe that this could’ve been prevented. Many people believe that NATO isn’t doing its job sooner and it is letting things get out of hand causing people to argue its purpose.