Celeb Scandal: Are they rinsing their fans for money?

A huge promotion technique for Celebrities is releasing merchandise to their fans. Whether it is clothing, accessories, or everyday items there is a big chance your most loved stars will have something under their sleeves. However, are they over-pricing their products?

The famous solo-artist, Harry Styles, recently released his brand-new nail varnish line titled: ‘Pleasing.’ Fans were showing their excitement all over the internet, however, this seemed to diffuse when the prices were revealed. Styles recently announced ‘The Perfect Polish Set’ which featured all four varnishes,’ priced at £50.

The chosen colours are said to represent his debut album ‘Fine Line’ which, is a known fan favorite. The individual nail varnishes are priced at £16 per varnish and have a limit of four per person due to bulk buyers. However, despite the fans who were ecstatic about this release there were many fans who took to Twitter to show their displeasure.

@findyourboatxx stated: “I’m gonna get hate for this but charging $65 for nail polish only proves my point more that “Harry Styles” isn’t the name of a person anymore… it’s a brand. A brand that is once again proving that you can only get anything associated with this man if you’re rich & it sucks.”

Another fan (@Kittynouveau) was disappointed as they saw that the nail varnish was branded as ‘unisex.’ They seemed to quickly rebuttal that the price is still not okay as “All nail polish is unisex.” They then finished with telling the star to “grow up.”

Styles himself does not seem to have much say in any product prices. Popbuzz, in an article titled: ‘Harry Styles fans are debating over the Pleasing nail polish prices,’ stated,: “Harry has not personally set the prices for the items that are currently being sold, but some fans are a little disappointed that it’s not as affordable as they had hoped, suggesting that £50 (plus international shipping, depending on where you live in the world) is a little too pricey for four nail polishes.” 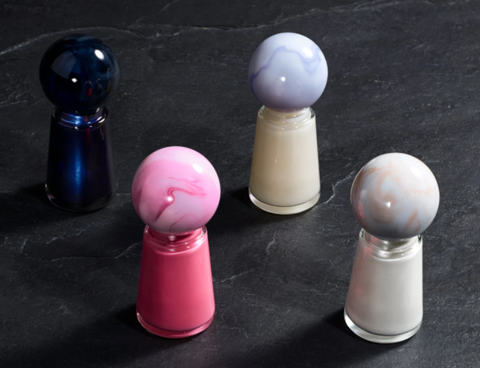 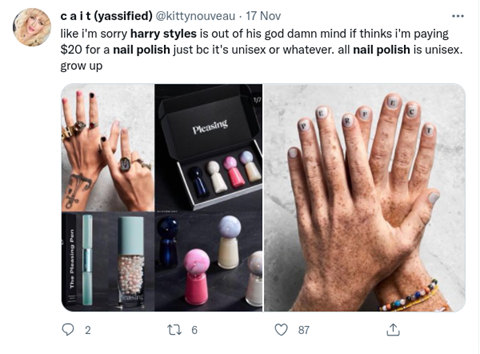 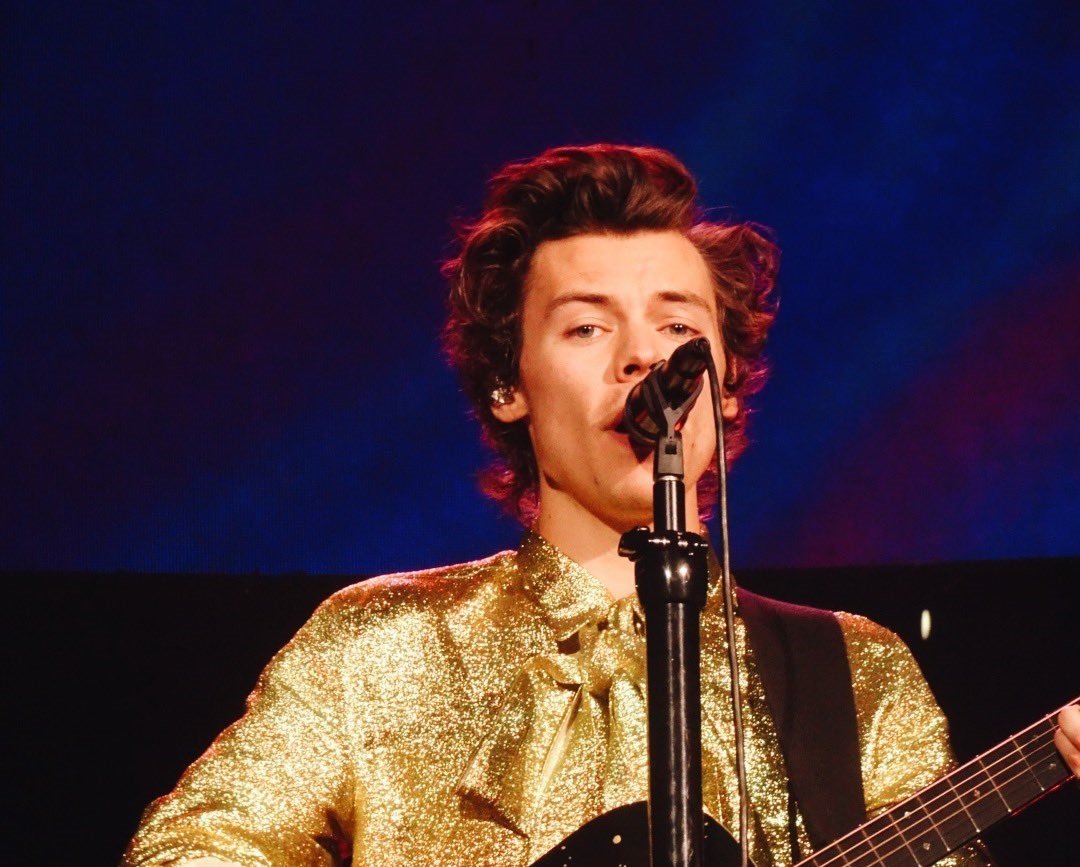 However, Popbuzz also shared that a few fans understood the prices. On Twitter, user @fallingluvr wrote: “Harry literally has his own brand and y’all are making it in to a negative thing complaining about the prices that are literally reasonable for the lengths he went to to make the products as safe as they are. for the millionth time just don’t buy it? [sic]”

Another user, @bunnyrrie, stated: “Idk how to tell you this but a nail polish which is cruelty free, gluten free, vegan and partnered with a non profit organization to protect women and their cultures will not be given to you for $5.” Styles has yet to respond to the comments, however, who is to decide the right amount for celebrity products? Is £65 too much or not enough?

Olivia Rodrigo is known for her top hit ‘Driving License’ that topped the charts this year. The 18-year-old is immensely popular with the young crowd as someone they can relate to. When she announced the release of her new ‘Sour’ merch line, her fans were ecstatic and had no doubt that they were going to purchase it.

However, once the line was released, fans seemed a little ‘sour’ about the quality of the clothes. On fan tweeted: “So my friend got #OliviaRodrigo merch and one of them say ‘sur’ instead of ‘sour.’ Like HELP WTF she waited 2 months for a bracelet that says ‘sur’.” The comment was accompanied with an image of the incorrectly spelled bracelets.

The merchandise is currently not up for sale on Rodrigo’s website anymore. When it was available it ranged from around $29-$70 depending on the item. The featured picture (right) shows another item that user @mutualletters received and seemed to be indifferent about. The top in comparison to the advertised item is clearly different in length, colour and quality.

@spillseshYT tweeted her concerns stating: “Tik Tok has me so scared to get my Olivia Rodrigo merch (…) the things I’ve been seeing look so bad.” Tik Tok was the main social platform that fans were using to document their experiences with Rodrigo’s merchandise.

Rodrigo is yet to address the complaints, however, what should be done? 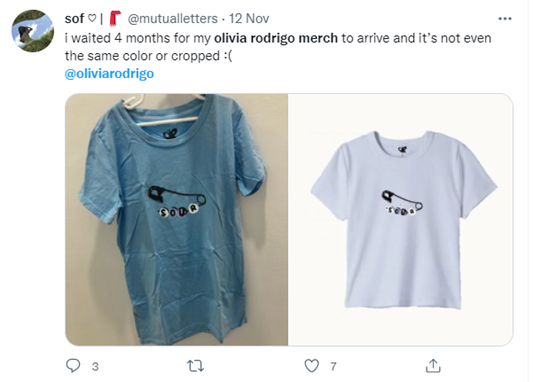 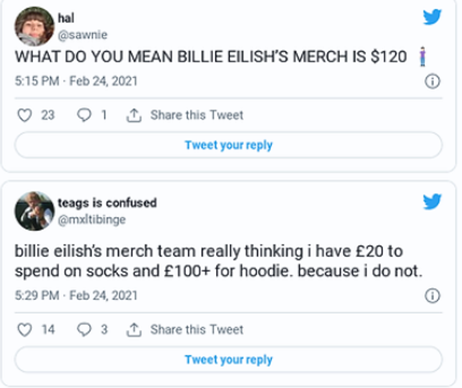 Billie Eilish is popular for her huge singing career, her most well-known song being ‘Bad Guy’. She has released various ranges of merch however, this specific one made fans confused as the prices had seemed to have skyrocketed. Eilish’s merch has always been graphicly designed, with some pieces including cartoon-like faces and anime etc. However, fans seemed upset over her ‘unattainable’ prices.

Eilish’s best-selling items tend to be her hoodies or sweatshirts. These items range from around $100 – $190 on her US site. On her UK site they range from £120 – £190. Her fans tend to be in the age range of 10-25 years old, which raises questions about how many of them receive a stable income and are able to afford her items. 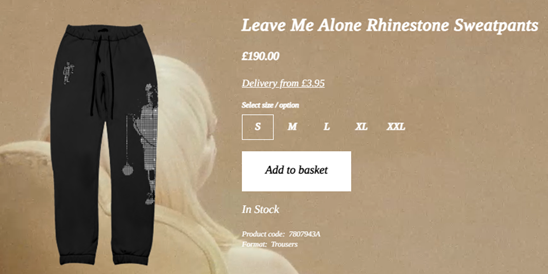 Billie responded to the claims stating: “Everything in this line (besides the socks) are made from organic fabrics! All grown without pesticides which is better for the environment. Everything is made in the USA (mostly in California) which supports our homegrown economy and saves on international shipping, meaning its more sustainable.” However, Fans were also unimpressed early last year when the star released her beach line. It featured various products such as: Bikinis and Towels. Eilish’s towel, in particular, sent fans into a frenzy.

The towel was listed for £70 in the UK, and fans were quick to react. @FINALLYINLOV3 tweeted: “why is no one talking about the fact Billie Eilish is charging £70 for a bikini, £70 for a towel & £70 for a pool float????? I love Bil more than anything but that sh*t is so ridiculous”. Billie did not reply to her fans last year, and the merch is still up for sale for the same price. Is there a limit fans should have to pay to support their idols? How much is too much?

Do you have views on the price of celebrity merch? Leave us a comment in the box below. 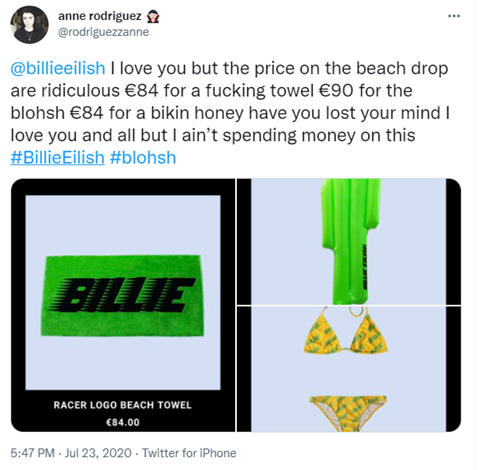